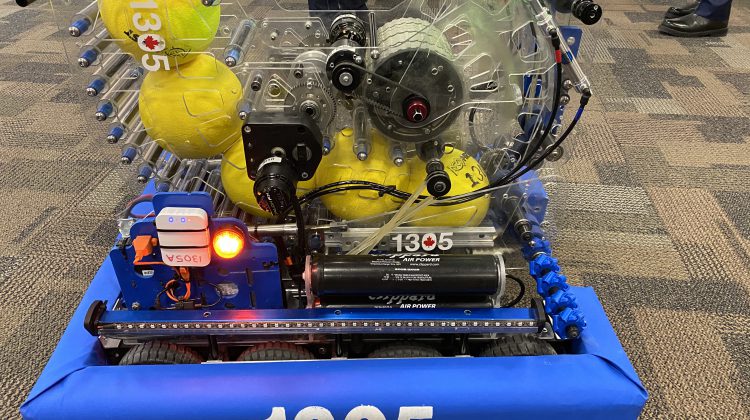 FIRST Robotics is back for another year.

The launch event, which was held at the Robert J. Surtees Athletic Centre at Nipissing University, showcased what type of competition the local team, 1305, will face.

Jared Kelso, a member of Team 1305 spoke on the competition. “This year is called Infinite Recharge. What we have to do is pick up yellow dodgeballs that are called power cells and we have to shoot them into a goal that’s nine feet tall. One challenge this year is defence bots so you have to pick up balls and shoot them while avoiding the robots. The endgame is to get to reach up to a bar and balance with another robot.”

Redpath is one of the main sponsors for the competition. Scott Hayne, the vice-president of the company says it only made sense to lend their help.

“It gives us a chance to get out and show our support for North Bay, Nipissing and Team 1305,” he explained. “At Redpath, we have a lot of engineering, [and] technical related skills. This gives the kids a chance to showcase their skills that business industry leaders value.”

“We have been involved for the past seven years,” Hayne continued. “We’re getting in and around that time where the initial group of kids will be looking for jobs. It’s an opportunity for us to hire them. It’s always been hard to get people back to North Bay, but this is one opportunity where we can get out into the community and show what we can offer and what the kids can offer as well.”

Kelso, who is 17 years old, has been a part of Team 1305 for the past seven years, dating back to when North Bay hosted the first competition. 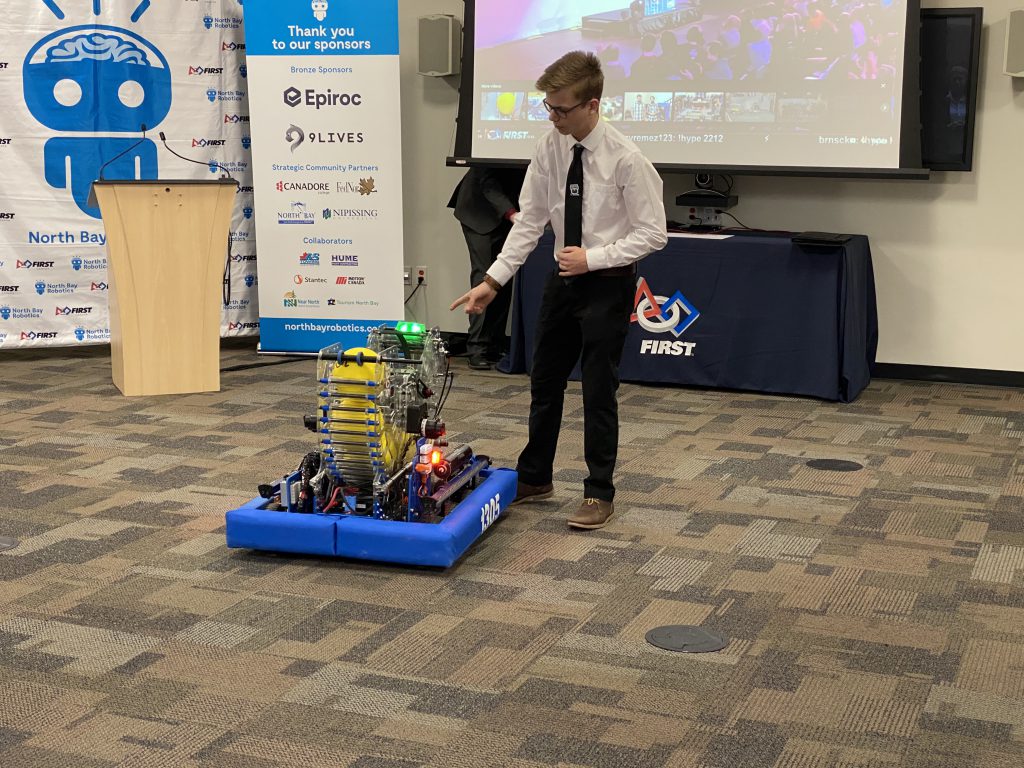 “It’s so much fun and I have learned so much,” he explained. “Public speaking, videography, so much has helped me and I have become a better person because of it.”

Through his experiences, Kelso has begun his own company, properly titled Jared Kelso Productions. He has been hired by FIRST to make recap videos from previous North Bay competitions, along with the provincial FIRST Lego League matches.

Team 1305 will head to Ottawa for a competition in two weeks time, before hosting the North Bay competition at the end of March.