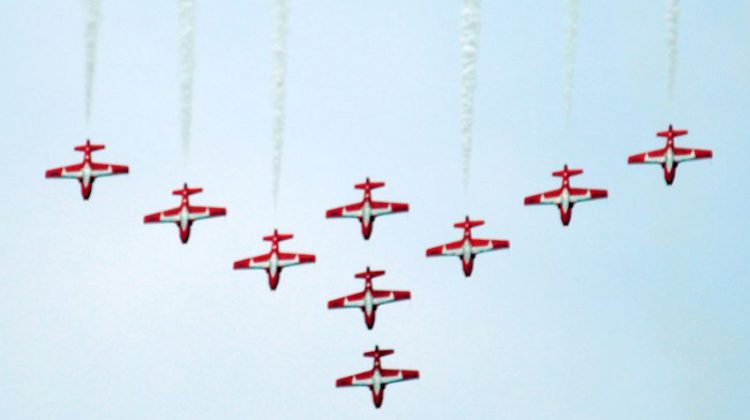 With ongoing concerns from the COVID-19 pandemic, the City of North Bay, in partnership with 22 Wing North Bay, have made the decision to cancel Armed Forces Day.

This year’s event was scheduled to go on June 10. Officials from the City say the decision was made to protect the public, volunteers and the Canadian Armed Forces SkyHawks, the Canadian Forces Snowbirds and the CF-18 Demonstration Team.

Armed Forces Day 2020 was set to represent a couple of milestones as well, with it being the 10th annual gathering in North Bay. This year also represented the 80th anniversary of the birth of air defence with the RCAF and the 75th anniversary of the end of World War II, which was to be celebrated at the waterfront.

“As we go through these milestones in history and time, it’s good to reflect on some of the past that we have had,” 22 Wing Commander Mark Lachapelle said at the announcement of the event in early March. “Looking into the future, and I think that is important too.”