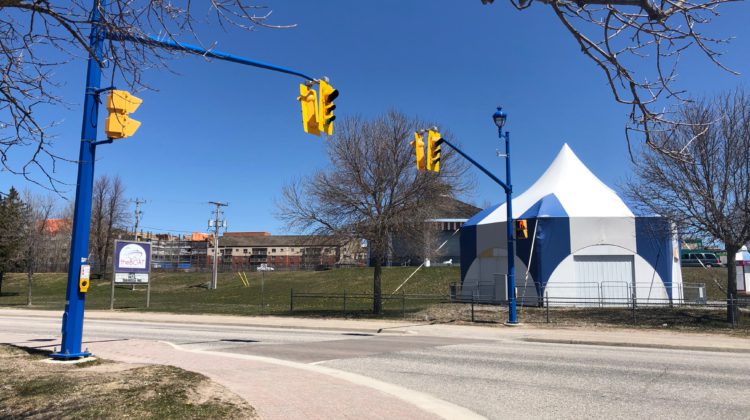 The City of North Bay says it will be shutting down Memorial Drive from Friday at 3:00 p.m. until Monday at 8:00 a.m.

The City of North Bay is once again looking at closing down a portion of Memorial Drive for the weekend to promote outdoor social distancing.

“Our method forward is to close down Memorial Drive this weekend,” Mayor Al McDonald said to Moose FM. “It’s supposed to be sunny and plus 25, it’s going to be a nice weekend and we are doing it for social distancing and safety purposes.”

“You’ll still be able to access all the parking lots, the marina, the boat launch, and the dock,” he added.

As for when the closure would come into effect, McDonald says the decision will come later this week.

Councillor Marcus Tignanelli, along with Rod Bilz, the Cycling Advocates of Nipissing and the City of North Bay Active Transportation Committee spent a portion of their long weekend surveying the use of Memorial Drive was getting. In a post to Facebook, he explained that the road was closed for 60 daylight hours, and nine hours were observed and recorded.

In those nine hours, Tignanelli said there was an average of 52.8 cyclists, to go with 58.7 pedestrians an hour. Of those pedestrians, 11 per cent were skateboarding, scootering, or inline skating, and 25 per cent of all users were children.

“The feedback was incredible,” McDonald said. “Councillor Tignanelli and Rod Bilz were out there doing a survey and that was really useful information. Only downside was washrooms being closed, but everything else was well done. Signage will be a little bit better this weekend, and we want to encourage people to use as much space as possible.”

There is also the possibility of picnic tables being reinstalled as well.

“What we’re hearing from the province, and we’re still reviewing it so this isn’t written in stone, but they’re opening the picnic sites,” McDonald stated.

There are also other seasonal activities opening up around the City aside from the golf courses.

“The benches, the shelters, multi-use fields, we have one set of tennis courts open down by West Ferris arena,” McDonald said. “It’s first come, first serve, we’re not taking appointments or blocking off time as we want everyone to physical distance, and really it’s just supposed to be singles play.”

As for the off-leash dog park, McDonald says it’s not yet ready to open.

“We reached out to the humane society as they operate the off-leash dog park, and they’re not ready to open yet,” he said. “We’re trying to get more information so we can relay that to the community, but currently it is not open.”