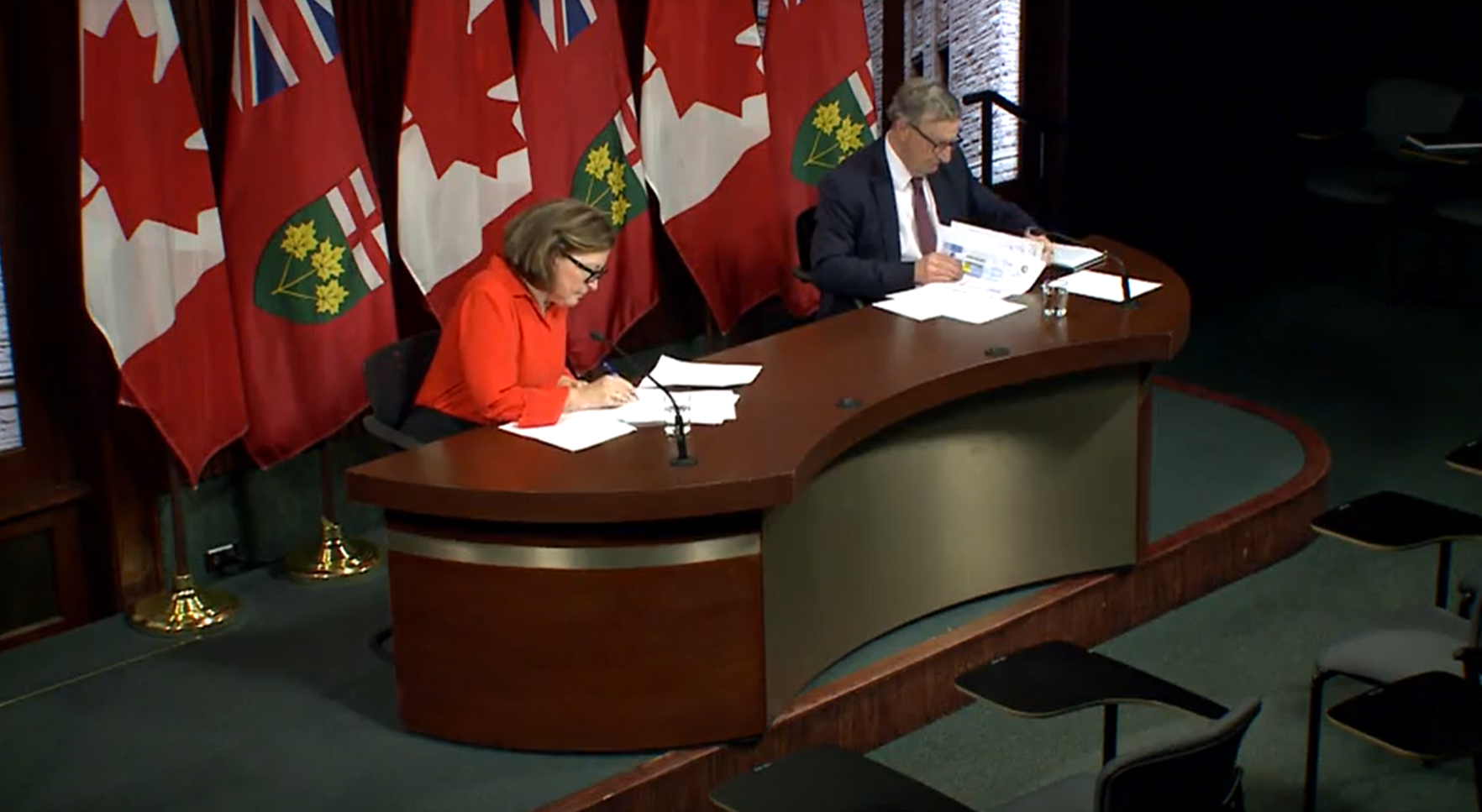 Ontario’s number of daily new cases seems to be at a standstill.

The province’s Chief Medical Officer says the daily new case average hasn’t been going down as he hoped it will. Dr. David Williams says because case numbers did go up the past couple of days, Ontario Public Health will be closely monitoring trends to see if this is a temporary spike or if a specific area is in question. Dr. Williams says it’s still a bit early to say as Ontario’s long-term care survey data is still integrating into the province’s reporting system.

He says the province will be cautious about the removal of large-scale aspects in its measures and past stage one. Dr. Williams says the province is also looking at ways to evolve its testing strategy, not only to increase capacity, but also to start doing more targetted testing.

He says some companies and organizations have proposed their own testing and assessment center to better facilitate reopening, something Dr. Williams says he is very open to and is in constant discussion about.