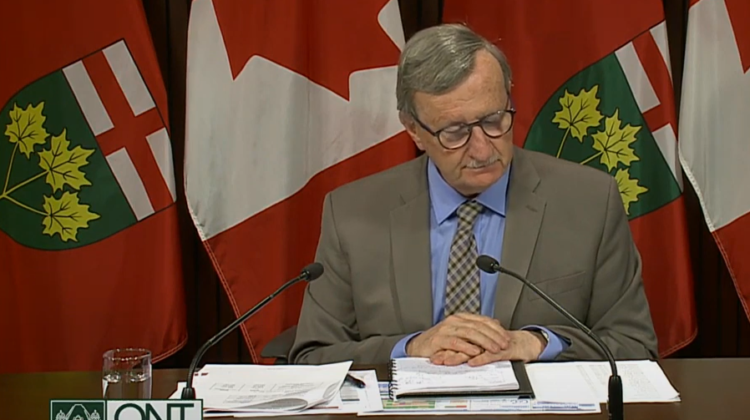 As the province moves ahead with its first phase of reopening the economy, Ontario’s efforts to curb the spread of COVID-19 seem to have plateaued at a sensitive time.

The province’s Chief Medical Officer expressed his disappointment with the increase in new case numbers, saying instead of a plateau Ontario should be seeing a downward slope.

When asked why people with symptoms are not going to assessment centres, Dr. David Williams said, “perhaps Ontario Public Health’s messaging and communications weren’t as clear as it should be”, adding that the agency is working on further clarifying its directives.

Williams says public health measures are not easing with emergency orders like the five-person limit on gatherings still in place.