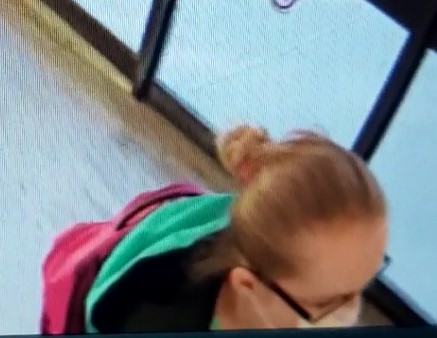 The suspect in the robbery from security cameras. (Supplied by North Bay Police Service)

North Bay Police Service says they are still looking for information on a suspect in a mid-May robbery on Trout Lake Road.

Police are now releasing a video taken from the lobby of an apartment building in the 2400 block of Trout Lake Road that shows the suspect trying to get into the building. Officials say they responded to the call where a woman was robbed of several bank cards and prescription medicine. The suspect used a handgun during the interaction.

“The release of this video should provide enough information for someone to identify the responsible person and resolve this investigation,” said Detective Constable Jackson, the lead investigator. “The suspect had a black handgun and should not be approached.”

Police say if you know the identity of this person you should contact Detective Constable Jackson by calling the North Bay Police Service at 705-497-5555 and select option 9 to speak to a police officer. For those who wish to remain anonymous, contact Near North Crime Stoppers, by calling 1-800-222-TIPS (8477) or by submitting a tip online.