Young Laker gets a National nod 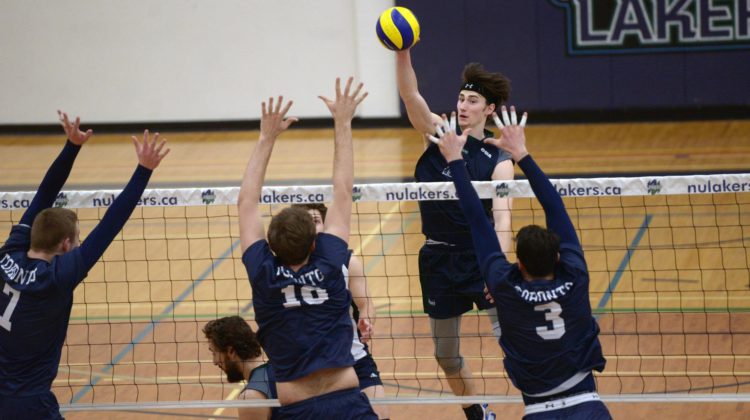 It has been quite the volleyball season for Jackson Young.

This year alone, he was named to the Ontario University Athletics’ All-Rookie Team, the second All-Star Team, as well as earned the spot to be one of six members of the USports All-Rookie Team, as he joined five other athletes from across the country in earning the recognition of their outstanding rookie seasons.

Yesterday, the star outside hitter got another nod, as he was invited to Volleyball Canada’s Junior National Team (U21) training for the summer.

It’s a huge accomplishment for Young, who said he was thrilled with the prospect of playing for Team Canada.

The Etobicoke, ON native had an impressive rookie campaign and led both the OUA and USports in kills per set, total kills and points per set by athletes in their first year in the league.
Lakers head coach, Eric Yung, is excited for Young’s chance at the program, and the prospect of him suiting up in red and white.

“We are excited for Jackson for this opportunity, it is a great honour to represent Canada and we are confident he will represent the Lakers with tremendous pride,” Yung said. “We are very proud of him. He’s only been with us for one year and was a nation-wide recruit. He’s quite the athlete, also receiving scholarship offers for two other sports (basketball and football.)”

The recent pandemic has put a bit of a damper on the situation, however, with Young not being able to attend a selection camp like what would normally happen.

“They’re going to have different programming throughout the summer with lots of virtual training,” added Yung. “Lots of meetings with the [20 plus] players selected. They are waiting for government officials to make decisions to see what the future holds. Unfortunately, it’s not that long of a program, with everyone going back to their schools in the fall. It’s unfortunate, but it’s still a big nod to Jackson, who has aspirations of making the senior national team, as well as the Olympics. When you make these teams, you’re on the radar throughout your career. I’m sure it’s going to motivate him, even more, to continue to work hard and train. This is the right step in the right direction for him.”