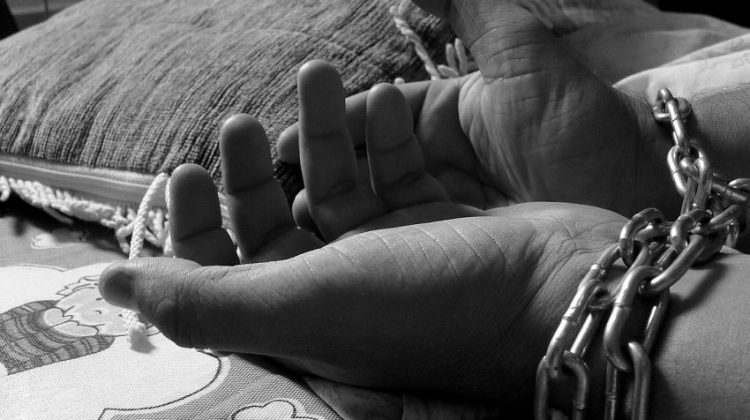 It is a global issue that also affects Canada, especially frequent in Ontario.  Two-thirds of police-reported human trafficking cases in Canada happen within Ontario, according to statistics from the provincial government.

Adam Gauthier, Media Relations Officer for OPP North East Region says that human trafficking is a difficult crime to keep up with.

“Due to the nature of human trafficking, it’s difficult for us to ascertain to what extent the numbers in the Northeast region. Often, victims of human trafficking don’t identify themselves as being trafficked. They do not appear to need community-based social services because they have a place to live, they’ve got food to eat, medical care and what they think is a paying job,” Gauthier explained.

Human trafficking, or, the trafficking of persons: includes recruiting, harbouring or controlling persons may include: using force, physical or psychological coercion, or deception. Traffickers often make victims do labour (for example, domestic, physical and manual labour) or sexual services, according to the Ontario Government’s website.

The Government of Ontario pledged over $300 million over the next five years to fight human trafficking earlier this year. The four-step approach calls for awareness campaigns, better intervention, support for victims, and holding offenders accountable.

“We investigate it locally first, and, if needed, we reach out to the specialist in our area for human trafficking. Just like any other investigation, we follow up on tips, take statements, do some canvassing to see if any witnesses will come forward,” he said.

Gauthier says that there are some telltale signs that someone may be a victim:

“They can’t tell you where they live or give an address; they can’t identify their last location – where they’ve been and where they’re going to; they travel with a lack of luggage; wearing clothing that’s inappropriate for the weather or the situation. Often, someone else will take control of the conversation,” Gauthier says.

Human trafficking most commonly targets young girls or women, or members of the LGBTQ2+ community. The provincial government also says that Indigenous women and girls are commonly targeted.