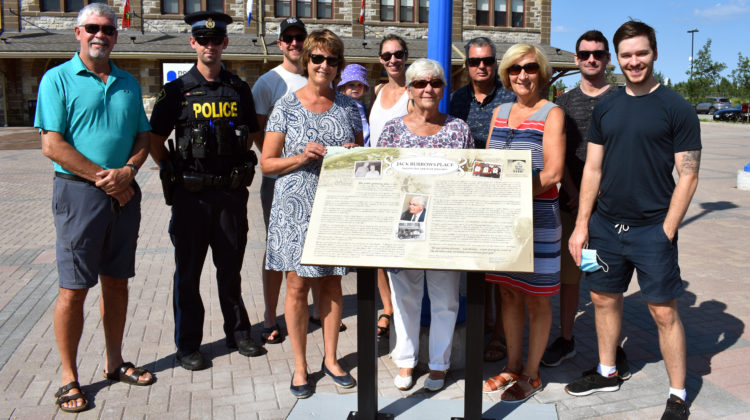 The area in front of the North Bay Museum will now be known as Jack Burrows Place.

Family members of the late Burrows were joined by North Bay Mayor Al McDonald for a quiet unveiling of the new plaque.

“It is an honour to be able to recognize Jack in this way, and I want to thank Coun. Chris Mayne for bringing the motion forward and other members of Council for their unified support,”
said Mayor McDonald in a statement. “I can’t think of a more fitting tribute.”

Jack Burrows sat as a North Bay city councillor from 1989 to 1995 before serving three terms as the city’s mayor. Burrows was instrumental in the purchase of the former Canadian Pacific Railway lands which have since been developed into the North Bay waterfront. He passed away at the age of 81 in 2013.

The plaque was prepared with the help of the North Bay Municipal Heritage Committee and sits in the open area off Oak Street. Burrows’ wife, Elaine says that her husband would be honoured if he were able to see the plaque.

“This will serve as a permanent reminder of his contributions to the community and his vision for the waterfront,” said Elaine. 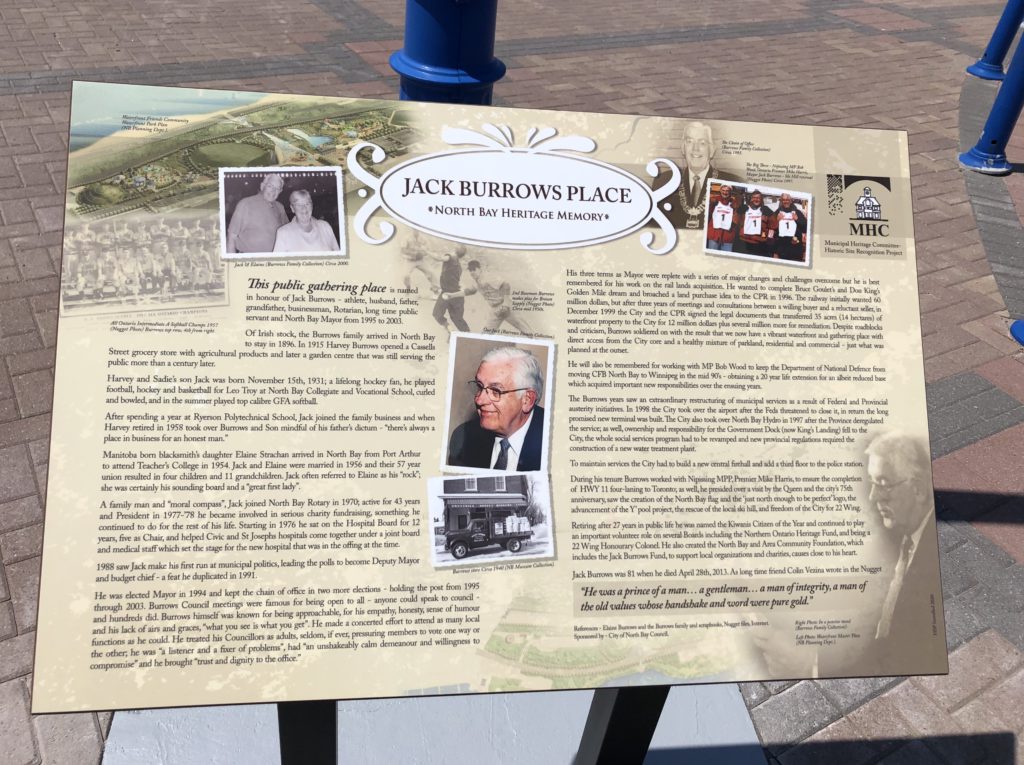