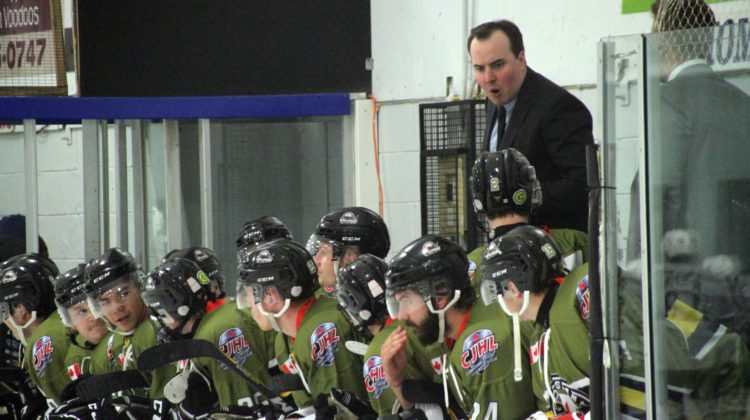 Whenever the 2020-21 Northern Ontario Junior Hockey League (NOJHL) season starts, the Powassan Voodoos will have a new coach behind the bench.

The club has announced that head coach Max Gavin is leaving the team for a non-hockey related job.

“I was recently offered a position outside of hockey and it is an opportunity that was too good to pass up for me and my family. I want to ensure that everyone knows this decision has nothing to do with the Voodoos organization, they have been nothing but first class to me since I arrived, and I cannot thank them enough,” wrote Gavin in a letter to the team.

Gavin spent two seasons behind the bench of the Voodoos, earning 78 wins. He led the Voodoos to a regular-season championship with a 45-9-1-1 record before the pandemic cancelled the rest of the 2019-20 campaign.

“Thank you to the entire Voodoos organization, the town of Powassan and the city of North Bay and everyone who has made me feel at home the past two seasons, from ownership, management, coaches, players, parents, fans and volunteers, thank you so much for all your time, efforts and support,” Gavin said.

The Voodoos have not yet named a successor for Gavin’s position, saying in a release that the decision will be made at a later date as the roster begins to fill out.

The NOJHL is still waiting to hear from other hockey associations to find out when its 2020-21 season will begin.