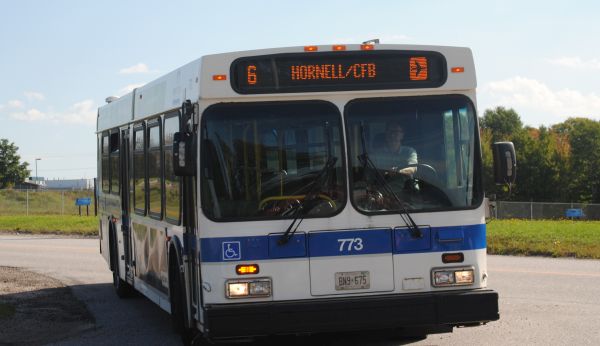 North Bay will be implementing an on-demand bus service that will help riders during off-peak hours.

City council unanimously voted for the $71,645 contract to be awarded to Via Mobility, which is owned by Via Transportation. The contract is to implement a pilot project for the service, testing it in the city over the course of three years.

Coun. Chris Mayne, who is also Chair of North Bay’s Infrastructure and Operations board, has a clear explanation of the Dynamic Dispatch service.

“The best comparison I’ve heard made so far is that it’s like Uber but for bus service,” he said.

Mayne says that transit has significantly cut back its operations during off-peak hours since the pandemic. In some areas of the city, evening buses aren’t running at all.

“Say you’re in Birch Haven at 9 o’clock at night and you want to get to Northgate Square. You either call into the bus station or ideally, going on the phone app, enter where you are, where you want to go…they’ll assign a bus to you, they’ll say when the bus will be there to pick you up,” Mayne explained.

During Tuesday’s council meeting, Mayne said that transit is “an expensive beast” and this dispatch system could alleviate some of the costs.

“Part of the rationale behind it is that it makes service more efficient. You’re not running as many empty buses as you might be otherwise,” Mayne said, adding that the savings won’t likely be seen until the project has been running for a year.

The Dynamic Dispatch has been in the works for about a year-and-a-half, with Mayne saying that the city was looking for the right company to implement the software.

North Bay is borrowing the idea from Belleville, which transitioned its transit service into exclusively on-demand when the pandemic hit. They switched back to providing night-time on-demand service in June, reinstating its fixed daytime routes.

“Belleville originally was one of the first communities in Ontario to try it. It was rolled out as a very positive enhancement for them. I’m looking to follow up with them to see what their current situation is,” he said.

Coun. Robertson said that he too was looking forward to the new system as his family does not own a car.

The project is expected to begin in October.