One charged in downtown crash 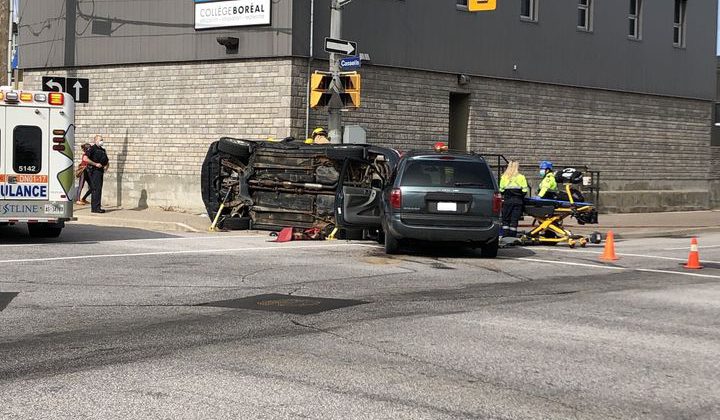 The scene of the crash on Monday morning at the corner of Cassells and McIntyre. (Photo by Greg Bowman, MyNorthBayNow staff)

A collision at the intersection of Cassells St. and McIntyre St. has resulted in North Bay police charging a 91-year-old.

Officers responded to the collision on Monday morning. The investigation concluded that the 91-year-old driver of a car ran a red light and was hit by a van. The crash resulted in the car being flipped on its side.

Emergency crews could be seen cutting the roof off the toppled car and pulling the man from inside. The man was treated for minor injuries.

The driver of the car was not injured.

Both vehicles had to be removed from the scene with tow trucks.