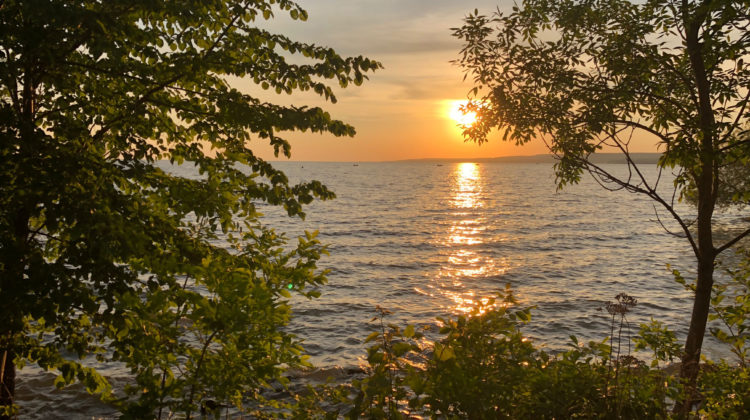 The Ministry of Natural Resources and Forestry along with Nipissing First Nation will be studying Lake Nipissing's fish populations for two weeks in October. (Steph Larouche MyNorthBayNow.com staff)

The MNRF and Nipissing First Nation will be setting out nets across Lake Nipissing over the course of two weeks in October as part of its annual data collection on fish populations.

This year’s research will have a little more importance as the MNRF’s normal monitoring strategies were affected by the pandemic. Kim Tremblay, Management Biologist with the MNRF, says that this year, the Ministry will be setting out 10 more nets than they normally would due to not being able to set out open-water creels (baskets) in the summer.

“That’s just to get our confidence around our numbers a little bit more,” explained Tremblay.

The MNRF has been assessing fish populations in Lake Nipissing for the past 22 years, collaborating with Nipissing First Nation since 2006.

Tremblay says that the partnership has been a healthy one.

“We process the fish together as a partnership because we’re both partners in managing the lake. They have a commercial fishery on the lake that they’re interested in seeing healthy numbers of walleye. So they put forth some resources and so do we,” she said. “It’s been working out really well.”

Researchers will be taking samples from numerous species of fish, with a particular focus on the walleye population. Walleye populations in Lake Nipissing have steadily decreased since 1980, with an increased mortality rate of younger fish.

There are restrictions on the number of, and size of walleye that fishers are allowed to keep, which Tremblay says has helped the species’ population.

“Right now, we’re in the middle of recovering the walleye fishery and people have been doing some great work at keeping the fish over the minimum size limit and we’re starting to see positive outcomes of that,” she noted.

Tremblay says that the MNRF has noticed some positive changes in the walleye population in recent years, but acknowledges that things can change year-to-year.

“Biology’s funny like that – every year’s a little different. We are seeing a rebuilding of older and mature fish coming into that minimum size limit,” said Tremblay. “That’s a positive sign so we’ll be able to see if that’s continuing on.”

During October, the MNRF is warning boaters on Lake Nipissing to stay away from the orange buoys that mark where the nets are.

The MNRF will be setting out 58 total nets randomly throughout the lake during a two-week period in October.