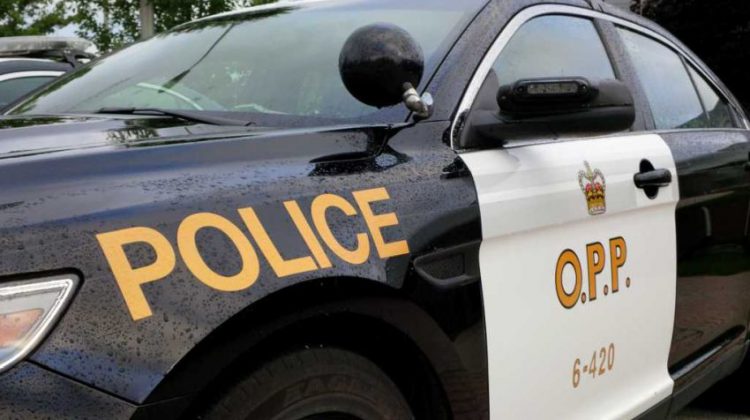 The 2019 Opioids and Overdoses: Impacts and Strategies report has been released by the Ontario Provincial Police.

The report is the second Opioids and Overdoses report that the organization has released in as many years. It shares statistics, trends and impacts concerning opioids in OPP policed communities and contains information outlining opioid seizures, overdoses and other relevant strategies.

The goal for the report is for the OPP to remain transparent as well as provide Ontarians with an accurate depiction of the impacts opioids continue to have in communities. It`s something that OPP Superintendent, Bryan MacKillop, says took a huge amount of effort.

“Back in 2015 we started to see fentanyl overtaking heroin with massive spikes in overdose deaths right across the country,” he said. “As an organization, we took it upon ourselves to start proactively trying to deal with an issue that was already right at our doorstep. The first couple of years of it was equipping our officers with naloxone kits back in 2016, 2017 and giving them the right personal protective equipment to deal with it.”

MacKillop recalls when fentanyl first became prevalent and the dangers that it imposed.

“The initial concerns where if you just walked by it, you had an opportunity to be exposed and be hurt. We dealt and overcame all those issues and all those training pieces. The next evolution for us in dealing with fentanyl was to come up with better data to understand the problem, explain our story and share with our partners the understanding that it takes a multi-pronged approach.”

MacKillop says it took a year, a huge team of people, and a ‘massive undertaking’ to pour over tens of thousands of occurrences to identify every single overdose the OPP dealt with. They also changed their reporting system to actually present the report in the format it is in today.

“We give it to everyone with all the confidence in the world that the data is accurate. It took a long time and the first report came out last year. This is the evolution of that,” he said.

Major standouts in the report include:

1,163 Ontarians dying due to opioid-related deaths from January 2019 to September 2019.  A 34% increase in overdose-related deaths. Based on those stats, one person in Ontario dies every 4.7 hours from opioids.

From 2012 to 2018, the OPP`s Drug Analysis Service (DAS) reported a 2,400% increase in fentanyl. The DAS also reports that Fentanyl is the most popular of opioids in the province.

The OPP’s shift to first tackling the issue to where it is now has been a ‘massive’ one, according to MacKillop.

He says that fentanyl can be domestically produced and is being peddled in communities by organized crime.

“They take advantage of their distribution networks. There are also orders from the dark web. So we’re fighting this on multiple levels while also simultaneously dealing with other death investigations that we’re handling. I couldn’t be more proud of our organization and the support our Commissioner has given us to come up with these strategies and to help deal with this crisis,” he said. “But people’s lives are being lost. People are dying. Our number one function as law enforcement is to save lives and promote public safety and hold those who choose to peddle a drug that’s killing others accountable.

MacKillop says he and the OPP want to give people who suffer from problematic substance abuse a fighting chance and to take advantage of the ‘amazing’ harm reduction and health services out there for them.

“To take advantage of the help they’re getting from their families and the help they’re getting from their friends and community. We want them to take advantage of being identified as acute elevated risks and be referred to social and public services. We are great as a society to help individuals. But we as law enforcement have to give them a fighting chance,” he said.

MacKillop says that the OPP is now acutely focusing on individuals who know better but who are still targeting the most vulnerable by dealing drugs and holding them accountable.

When asked why the province and country have seen the rise in Fentanyl, MacKillop was honest.

“It’s very potent and highly addictive. It comes right down to that. Individuals that suffer from problematic substance use of an opioid, fentanyl and its various versions (carfentanil, etc.) are the strongest and most potent versions of it. Highly addictive and all-consuming for a person’s life. It’s no shock that with those characteristics there’s been a massive uptick and use of it in our communities,” he said.

MacKillop also spoke about the evolution of opioids. From Oxy pills which were distributed at length, the pharmaceutical industry changing to tamper-proof OxyNEOs, fentanyl patches being diverted and misused by criminal enterprises and people who suffer from problematic substance abuse to eventually the patch for patch legislation.

“[The patch for patch legislation] really did reduce the risk of that occurring, as well as changes to standards for prescriptions and much more public awareness towards pharmaceutical-grade aspects of opioids. But with that, came the influx of availability for illicit powdered fentanyl through criminal enterprises who will always take advantage of the supply/demand,” he said. “Which is even more addictive and more dangerous. And people turned to that, and it brought us down to a bad place  and we’re seeing these dramatic upticks in use and deaths.”

As it now stands, MacKillop says the OPP’s focus continues to be proactive.

“We’re going to be addressing things on every level. Project Javelin, for example, is a multi-jurisdictional task force based out of the GTA which is aimed at targeting synthetic drug producers who are producing drugs shipped not just in the GTA but quite literally across the country. It’s those law enforcement collaborations that deal with things like production, importation, distribution and trafficking of these drugs that are going to be critical. We’re going to keep focusing on thorough investigations. We’re not going to be arbitrary in our approach. We’re not going to treat anyone differently. At a higher level, as we work to refine our data, as we gather more information, we want to work hand-in-hand with our partners not to just address individuals at a personal level, but look at common issues and address them at a systemic, higher-level some people don’t fall through the cracks.”

MacKillop says that the OPP sits on various situation tables and community response models, which he says perfectly exemplifies everything that they do.

“Law enforcement provides the vast majority of cases to these situation tables so our public health and harm reduction sector partners can look at, collaborate and work on dealing and helping people with acute elevated risk. We only take on about 13% of the work at these hub tables… but we give about 70% of the referrals to them,” he said.

He adds that the OPP is well positioned with its finger on the pulse of its communities.

“I can’t stress enough how in many of our detachments across the province, we are the primary emergency response personnel that will go to any call. We know who the people who are suffering are. And we want to do anything we can to help them and make those solid referrals.  We’re  doing everything we can to work with harm reduction partners and social services, integrate them in everything we do because at the end of the day one life lost to this is one life too many.”