Cassellholme to move ahead with upgrades 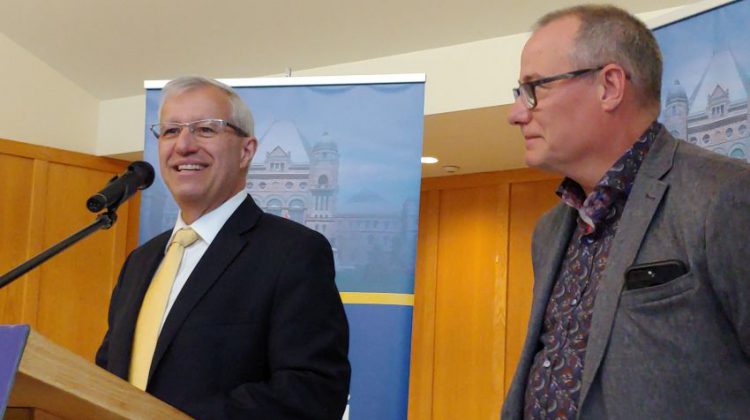 Cassellholme Home for the Aged will be receiving some upgrades.

Nipissing MPP Vic Fedeli has announced that the facility can go to tender to upgrade the 240 existing beds while adding 24 additional ones.

“This is certainly a long time coming. The fact that they can now go to tender is another big step for them. We’re very pleased that they received the approval from the Ministry of Long Term Care,” Fedeli said.

In addition to upgrading the existing beds, there will be a 16-bed Indigenous unit along with 12-beds earmarked for dementia treatment.

The provincial government has declared that it will add 15,000 long-term care beds in the province over the next five years.

Councillor Chris Mayne, Chair of the Cassellholme board says that the announcement is a “significant next step” toward the facility’s renovation plans.

“Our deep gratitude must also be expressed to the Honourable Vic Fedeli, Member of Provincial
Parliament for Nipissing, who has championed this project and been with us every step of the way,” Mayne said.

Recent news around the province’s long term care facilities has seen critiques on the distinction between for-profit and non-profit homes. The organization, Care Not Profits – which is run through union organizations – states that for-profit LTC homes have 17 percent fewer staff than non-profits. The group has started an online petition calling for the abolishment of for-profit facilities.

Fedeli, however, believes that the current mixture of private and public is needed for the anticipated increase in patients over the next few years.

“There’s a big job ahead for the long term care sector. That’s why we’re working towards building this modern integrated system. So it’s all hands on deck without distinguishing between private and public. We need them both. We need so much infrastructure built because of the fact we had so little built under the previous government for 15 years. We have a lot of catching up to do, we can’t afford to be distinguishing who is developing the units, we just need them,” Fedeli said.

Cassellholme management says that the results from the tender will be submitted in the next two months.