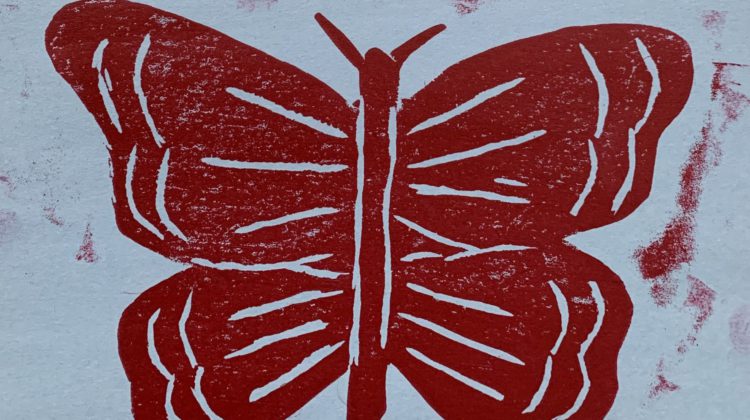 ArtFix participant Doreen Moore's artwork, which will be among those featured in a three-panel intergenerational mural slated for downtown North Bay (Photo supplied by RAymee Raymond)

Downtown North Bay will be getting a mural with contributions from artists across the Nipissing region.

ArtFix has received a federal grant which will be put toward assembling an intergenerational community mural showcasing the works of up to 160 community artists.

“We want our community to root in hope and to envision a future in which all members of our community are well, seven generations from now,” they explain.

For the participants of the project, they have received an art tool kit so they can participate in Zoom workshops. The classes have been going on since August and wrap up this month. The workshops include poetry and lino printing.

Raymond says ArtFix’s mission is to provide people with lived experiences with mental health the opportunity to express themselves.

“Our hope is that this will enable our community and our members to really see ourselves represented beyond the stigma of distress or diagnosis and really offer our community a more compassionate vision of our collective future,” they said. “We know that building new skills improves self-esteem. We know belonging at this particular time is so important.”

Having a background working with people who have experienced trauma, Raymond says visual art can provide an important release for the participants as trauma can often block the brain’s problem-solving abilities.

“From where I stand, it allows folks to be able to sometimes talk about or work through something that’s not necessarily workable through words,” they said.

Raymond says there have been about 30 participants taking part in the virtual workshops. They add ArtFix has had to deliver more lino to some participants due to its popularity.

As for where the mural will be, Raymond says the ArtFix coordinators will begin the planning for the final product in January.

“It will be an organic process,” Raymond said. “There will be lots of stamps, lots of words and lots of layering.”