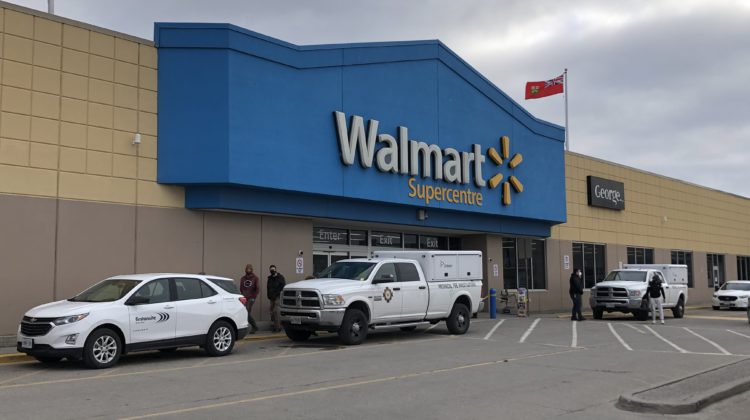 A fire at the Walmart is being described as “suspicious” by fire crews.

Firefighters were called to the retailer at around 9:30 pm on Friday evening. Upon arrival, a “large amount of smoke” could be seen coming from the men’s clothing department. Several racks of clothing were said to have caught on fire.

Mike Newman, Platoon Chief for the North Bay Fire Department confirms that between the flames, smoke and water damage from the sprinkler system, the damage could be upwards of $1 million. He added the North Bay Parry Sound District Health Unit has been called to determine what food items can be salvageable, which could impact the cost of damage.

Newman is calling the fire “suspicious”, with fire investigators from the North Bay department along with the Ontario Fire Marshal being called in on Saturday.

The store is closed for the time being, with no timetable for its reopening. Newman suggested the store may be able to reopen with the damaged part sectioned off, but that would be up to management.

Police are also on the scene to assist in the investigation. Newman says the cause of the fire cannot be determined arson unless crews find an ignitor or fuel source that would have started it.