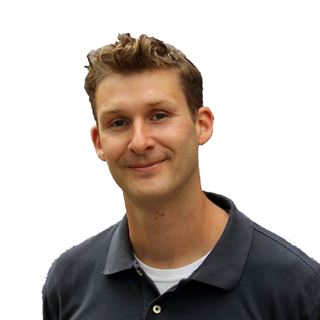 (Photo supplied by the City of North Bay)

The proposed 2021 water/wastewater budget isn’t being welcomed by everyone.

During Monday’s meeting of the General Government Committee, councillor Scott Robertson took time to point out how the proposed budget has the city’s residential sector paying more on average for water services than large commercial and industrial buildings, despite using less water.

“By not increasing the variable rate, we’re penalizing the average residential user and those who conserve water, we’re missing an opportunity to save money for small businesses and we’re giving a big break to the large public institutions that are funded by other levels of government,” Robertson told the other committee members before voting against sending the proposed budget to council.

The drafted budget estimates it will cost $23 million to run the city’s water and wastewater services in 2021. Within that, the water fees will remain at a 50-50 split between variable and fixed rates which are unchanged from last year.

When water meters were first introduced to the city in 2015, the split was a 40 percent variable rate, 60 percent fixed, which Robertson points out was a way to promote water conservation and usage equity between the residential and industrial sectors, as the latter was paying less for using more water.

The rates have been frozen at 50-50 since 2017, veering away from the initial intent which was to gradually move to a 60 percent variable and 40 percent fixed rate.

Robertson says he could not support another year of split rates.

“Any movement on that would have been acceptable,” Robertson said. “The fact that we haven’t moved it at all, I wasn’t prepared to support it.”

Robertson figures if the variable rate was increased, it would provide lower costs for the average homeowner and small businesses, while only raising the rates on the larger institutions, which he believes they could handle.

“The majority of those are public institutions are outside of the municipal sector,” Robertson noted.

Councillor George Maroosis appeared to agree with what Robertson was laying out, suggesting that a gradual increase of one or two percent should be considered for future years to take the load off the residential sector.

Deputy mayor Tanya Vrebosch suggested providing educational material for users in their water bills to explain the changes being contemplated for the future. She also pitched the idea of beginning talks on the next year’s rates earlier, prior to budget discussions.

Councillor Marcus Tignanelli agreed council should be considering a change in rates in future years, but admitted “now is not the best time” to be making the switch.

Robertson was the only one who ended up voting against sending the budget to council, but feels like he’s begun an important conversation.

“I knew this recommendation was going to be accepted, but I feel like it’s part of my role to put a little pressure on issues I think are important,” he explained. “If we didn’t shine light on the issue, it would have been easier to sweep it under the rug.”

Council will vote on the 2021 water/wastewater budget on December 8.

Depression and anxiety to increase during lockdown, Health Unit