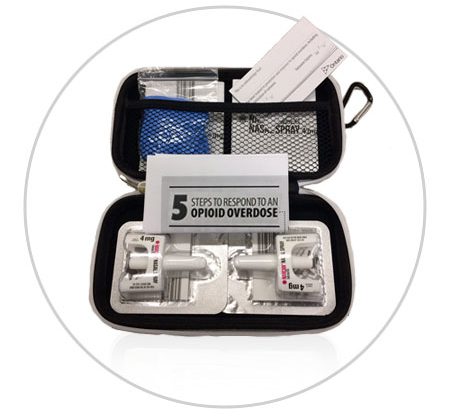 The North Bay Parry Sound District Health Unit’s region has the third-highest rate of opioid-related deaths in the province, more than double that of pre-pandemic numbers.

Katharine O’Connell, Community Health Promoter with the Health Unit, says the region has seen 13.2 opioid-related deaths per 100,000 people since the pandemic began.

Further, the region recorded 33 opioid-related deaths from January to August of 2020, an increase of 19 from the same period in 2019.

O’Connell says the reasons behind the spike in deaths is still being figured out by the Health Unit.

“It is difficult to say. Every community is going to be different as to why they see an increase in opioid-related overdoses and deaths. We don’t know the exact reasons within our Health Unit’s region,” she said.

In January, O’Connell and the Health Unit will be running a survey for drug-users in the city which will include a list of suspected reasons behind the rise in deaths.

“We’re going to ask about things like if they’re using alone, for example. Are people using drugs alone more often because of COVID?” O’Connell explained. “Are people substituting with other drugs when maybe their drug of choice isn’t available?”

To address the spike in overdoses and deaths, the Health Unit is urging opioid-users, along with their friends and families to get a free naloxone kit.

O’Connell says naloxone can slow an overdose by overriding the opioid’s effects on the brain.

“It essentially boots the opioid off of the brain and acts as a placeholder on that receptor so the opioid can’t bind,” she said.

It is not a permanent solution to an overdose, however, as O’Connell says the naloxone can wear off.

“It’s really important to monitor someone after giving them naloxone. Once it wears off, those opioids are still floating around in the body and could reattach and cause that person to go back into an overdose,” she explained.

Naloxone is available through a nasal spray or injection. O’Connell says either method has its advantages and disadvantages.

“I have heard that [injections] may be more effective in terms of how quickly it acts on the body, but you have to consider the preparation there,” O’Connell said in reference to assembling the syringe kit.

Naloxone kits are available for those who need them at the Health Unit’s locations. The Health Unit is also partnering with the AIDS Committee of North Bay and Area to provide businesses with free naloxone training.

O’Connell says the Health Unit’s online opioid tracking system gave them a rough idea of the rise in opioid deaths before getting the exact statistics. What it shows though, is that action needs to be taken.

“We really need to prioritize this issue in the community, it’s super important. Lives are at stake,” she finished.