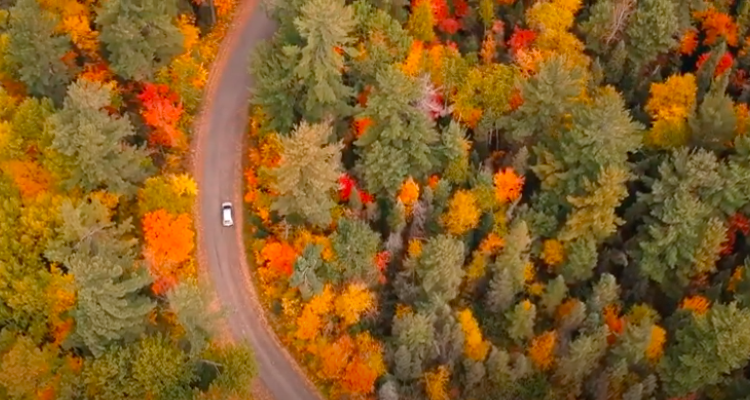 Joe Clement has seen some of the most beautiful landmarks in the world in his travels. He says North Bay, his hometown, gives him the same “feeling” in terms of natural beauty, sparking the idea for a video he produced about the area.

“I wanted to create something that showed my emotions about how I feel about North Bay and show to the world what North Bay has to offer,” Clement said, days after his “North Bay – MY HOME” was posted online.

Clement returned home to North Bay last year due to the pandemic, after years of travelling to locations such as Italy, Indonesia and Australia.

When he returned home, the 28-year-old noticed something.

“Coming back to North Bay and seeing the surrounding area again, I got the same sort of feeling I had when I was at some of the beaches in Australia that are world-renowned,” Clement explained.

“It’s the feeling that takes your breath away,” he continued. “It gives you chills. It gives you the sense that you’re small. I kept getting that feeling over and over again.”

Clement and his girlfriend, Alisha, spent the majority of last summer touring around the area taking video and photos of the scenery. His overall goal is to create travel content for tourism boards around the world.

“I think North Bay kind of needed that. I just wanted to show people how amazing it is,” Clement said. “I know how proud people in North Bay are of their city and I knew if I did it correctly and gave it justice, that people would like it and spread it amongst the community.”

And spread it has.

Since Clement posted the video on January 10, it has received nearly 3,000 views on YouTube, becoming one of his most-watched videos. He says he has been “blown away” with the messages he’s received from old friends and family in the community.

Clement says the video took a number of months to produce, capturing the footage last summer and then spending over a month editing and producing it.

“It was a lot of planning and a lot of hours,” he noted.

All of Clement’s knowledge of video production has also been self-taught over the past three years.

“A lot of reading, a lot of YouTube videos and a lot of hours perfecting my craft,” he said.

As Clement now runs his own media company, he hopes his North Bay video will get picked up by the tourism board as the official video to promote the area’s beauty.