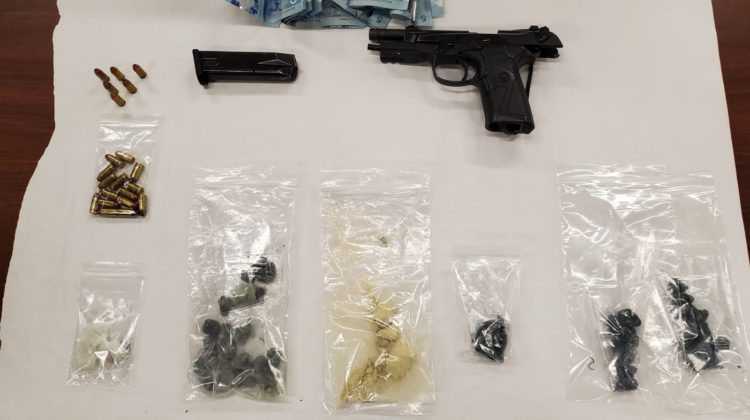 (Supplied by the OPP)

A 29-year-old Scarborough man is facing a slew of charges after police found a gun and over $100 000 of drugs at the bus station.

On Monday afternoon, Police got a call of a person travelling from the GTA on a bus to Sudbury, via North Bay, with the purpose of trafficking fentanyl.

Police acted on the tip, and while the bus was stopped in North Bay, arrested the accused.

The accused is being held in custody pending bail and is scheduled to appear in the Ontario Court of Justice on February 10, 2021, in North Bay.