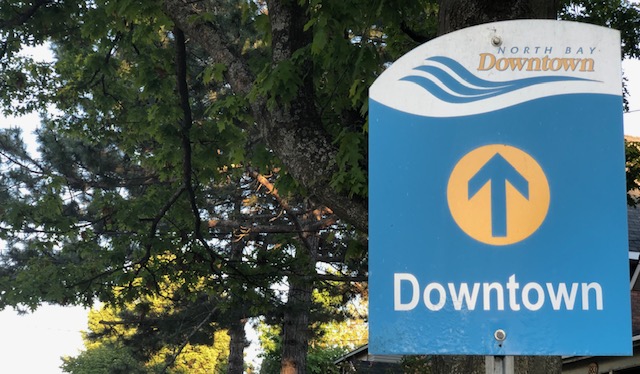 Local businesses are challenging the local health unit and province on lockdown restrictions.

A letter from downtown and waterfront businesses has been sent to local and provincial medical officers of health (Drs. Jim Chirico, Dave Williams) along with MPP Vic Fedeli and Mayor Al McDonald.

“Communities are opening up around us and our small city is being treated like the big city of Toronto,” said Michelle Trudeau, Chair of the Downtown North Bay and Waterfront Board of Directors.

Trudeau, on behalf of over 200 businesses in the downtown area of North Bay, penned the letter outlining concerns of the impact on the local economy, unfair treatment between small and large businesses and inconsistencies in restrictions.

“We want them to have another look at what they’re asking us to do, come to the table and come up with a strategy to allow our local small businesses to reopen,” Trudeau said.

Small businesses have been either closed or extremely limited since Boxing Day of last year when the initial stay-at-home order was issued while larger stores like Walmart, Shoppers Drug Mart and grocery stores have been allowed to remain open.

“The playing field is not equitable at this time,” Trudeau noted. “We’re doing basically the same thing but in a smaller capacity.”

Trudeau adds the extension of lockdowns has also put a strain on business owners.

“We get prepped and then it’s extended again. It’s really difficult to navigate around something like that,” she said.

Since the beginning of the pandemic, Trudeau says businesses have been largely understanding of why restrictions have been put in place.

“I think that we all are very respectful of what is happening across the world. Lots of people have been affected by this virus,” she said. “We’re abiding by what the restrictions are, I don’t know anybody that’s not going to do that. We’re asking that they have another look at the restrictions.”

Trudeau, who owns two businesses, adds the government programs in place to help small businesses have not been helpful as she says many do not qualify for them.

The current lockdown restrictions which require non-essential businesses to close will be in effect until March 8.