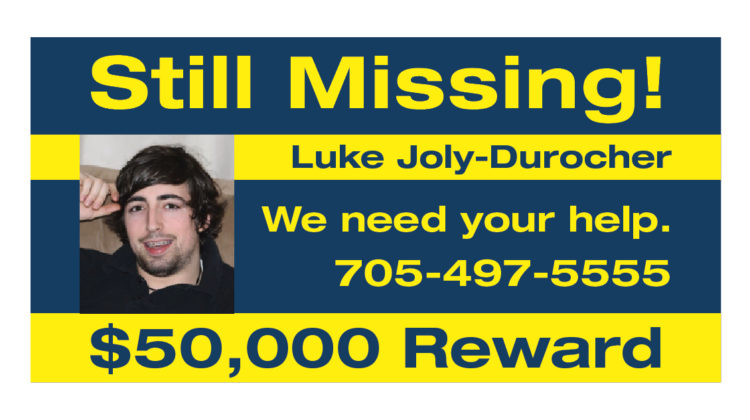 Local law enforcement remains committed to finding out what happened to Luke Joly-Durocher following the 10-year anniversary of his disappearance.

The OPP has produced a video to commemorate the anniversary, featuring Joly-Durocher’s family and police testimonials on the investigation.

20-year-old Luke Joly-Durocher visited North Bay from his hometown of Temiscaming, Quebec on March 4, 2011. After consuming some alcoholic drinks, Joly-Durocher was denied access to Cecil’s Brewhouse before last being seen at Shooter’s Bar at the Voyager Inn.

Police say Joly-Durocher was able to get a ride home from someone at the bar but was not seen again. His belongings were found at the Sherbrooke Street apartment he had been staying at.

The video was made “in an effort to generate leads for what is considered to be a solvable case” OPP states.

A reward of up to $50,000 remains in place for anyone with information on the whereabouts of Luke Joly-Durocher. The public can call the dedicated tip line at 705-497-5555 or email [email protected] .

For those who wish to remain anonymous, contact Near North Crime Stoppers by telephone toll-free at 1-800-222-8477, or submit a tip online at www.nearnorthcrimestoppers.com