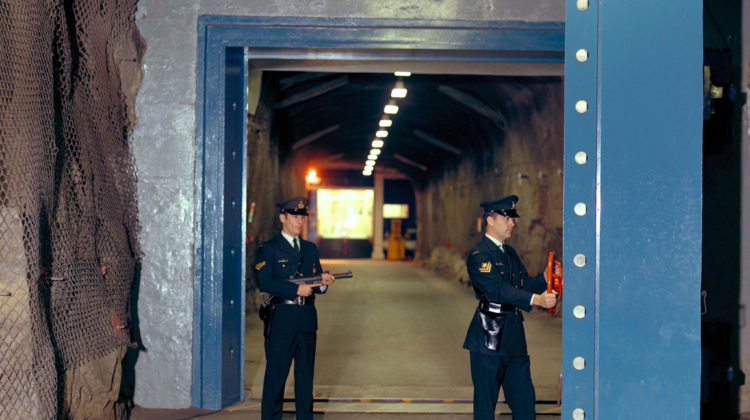 Military Police at the Blast Door located in the entrance to the SAGE Military Complex. (Supplied by 22 Wing North Bay)

Operating from 1963 to 2006, the complex was a key NORAD (North American Aerospace Defense Command) facility during the Cold War. 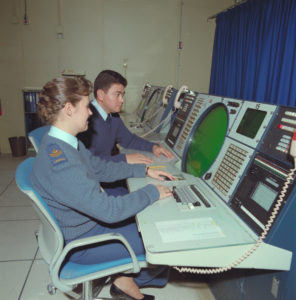 “Right now, it’s a state-of-the-art building and we conduct the same mission we conducted in the underground complex,” said Lachapelle.

That mission is surveilling national airspace, identifying aircrafts entering and making sure they are following the rules and regulations.

“If ever there were an aircraft coming closer to our territory, we would forward project our fighters to make sure we intercept them and let them know they’re close to our territory,” he said.

While several parties have expressed interest in repurposing the facility, due to its location underneath an active military base and NORAD facility, transferring the facility to a third party is not possible.

A study is currently going on to see what environmental impact the complex currently has.

“Right now, the underground complex is semi-decommissioned. It’s the bare minimum for personnel to maintain its security and safety standards. The decommission study will look at what it’s going to take to take everything that needs to come out of there and decommission the underground hole for lack of a better term. […] What it will take, how much money it will cost, what will be the time frame, and once that study is completed, to be confirmed but hopefully around December 2021, we will have a better understanding. That’s the next step. After that obviously, they’ll have to look at contracting the decommissioning out at that point.” said Lachapelle.

The control systems and the old networking equipment have already all been removed from the underground complex.

“Some of it is here at the museum we have on the base. What’s remaining is the power, heating, ventilation system. Think of it like the machinery to keep the pumps going to make sure the water is being filtered, the HVAC moving the air to reduce mould growth… those kinds of things. For the most part, most of the electrical stuff has been removed,” he said.

For Lachapelle, it’s a tough pill to swallow.

“It’s nostalgic for me. I started my career here in 2003. I remember my first bus ride down into the underground complex like it was yesterday but we have to balance the portfolio. there’s no endless pot of money. we have to be effective and efficient with our resources and this right now is not operationally required so we have to make tough decisions. But it’s a huge tie to the community. The underground complex has a lot of history. It’s a tough pill to swallow,” he finished. 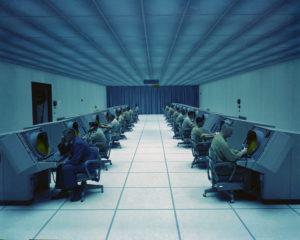 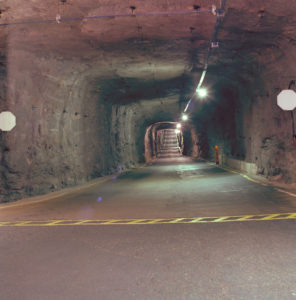