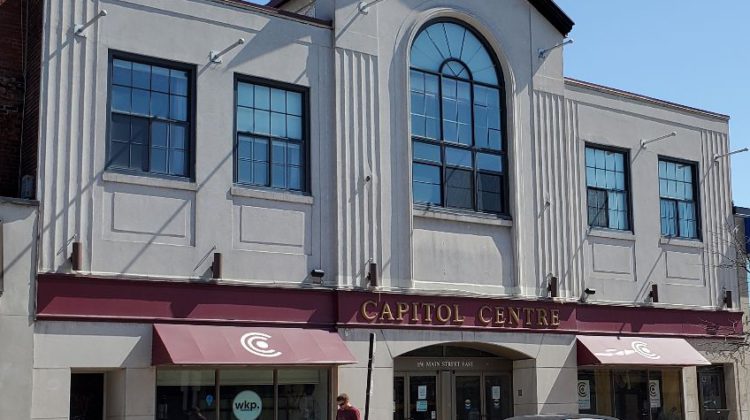 The Capitol Centre and WKP Kennedy Gallery are the recipients of a local art collector’s generosity.

The art gallery has received 38 pieces of artwork through an anonymous donor with the intent they are sold to raise money for the Capitol Centre.

Alix Voz, Director and Curator of the WKP Gallery, says she was surprised by the donation.

“It was very touching to be thought of because the gallery is still working on making sure everyone knows that we’re there and getting people in our doors. So knowing this donor wanted to help us out specifically was really touching,” Voz said.

Voz and the Capitol Centre will be selling the pieces of art through an online auction that will run from April 14 to 28, with all proceeds going toward the theatre and gallery’s operating costs.

Dan Misturada, Executive Director of the Capitol Centre, says the donation “came out of the blue” during a time when it’s certainly needed.

“We were one of the first industries affected and we’re probably going to be the last one to come online fully,” he said, adding the Capitol Centre has lost virtually all revenue because of the pandemic. “We’ve been quite lucky in this circumstance that this private donation has come forward to us.”

“It’s times like these that make you really grateful for the community that we’re a part of. We’ve seen so much generosity and this is another example,” Misturada continued.

Voz says she was contacted by the donor in the fall of last year and has been working toward planning an event to sell the artwork. In the months that followed, preparations and planning took place for how to sell the art, with Voz eventually landing on an online auction this Spring.

“There’s a lot of steps just to accept a donation even if it’s just art,” she said. “I’m really hoping everyone finds something interesting. Obviously, the artwork is so much better experienced in person…Photos never do the artwork justice.”

As for the types of work to be auctioned off, Voz says there are a variety of works from different artists, some of whom may be known in northern Ontario.

There is no set fundraising goal for the auction, with Masturada saying he’s happy with whatever money is raised.

“At the end of the day, this was nothing that was expected so anything that we raise from this is greatly appreciated,” he said.

Local art collectors are urged to keep an eye on the Capitol Centre and WKP Kennedy Gallery’s social media pages for more information on the auction as the date approaches.