So far, so good for NBPS’ Community Response Unit 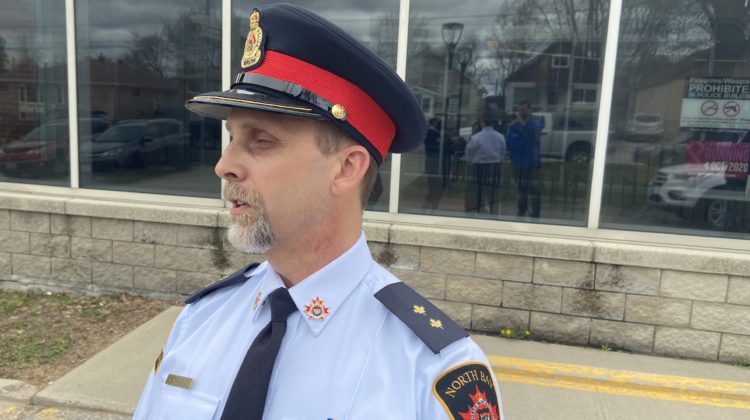 The Community Response Unit began last fall following concerns from downtown business owners over an increase in crime in the area. The unit began with one constable and one Sergeant and was expanded to four constables in January.

Inspector Jeff Warner, who oversees the unit, says it is doing what was expected of it when it was conceived.

“We wanted the officers to be more engaged with the businesses and the people down there,” Warner told the media Tuesday. “The community and business partners like to see the officers out there and their enforcement is on track as well.”

The Community Response Unit functions on rotating shifts with officers interacting with the business owners and downtown community so they can come up with strategic approaches to investigations. Sometimes the officers are uniformed, sometimes they are in plainclothes and unmarked vehicles.

“One of the goals is to get to know the businesses in the downtown core and in Callander. They get to know the challenges they face. They can interact with those businesses and get a feel for what those needs are and then as a community response unit, they can respond strategically in that area,” Warner explained.

The benefits of those community connections, Warner says, were put on display during an investigation in February. What began as a stolen property investigation started by the community unit ended in weapons and drug charges in an incident that temporarily closed off a section of Passmore Avenue.

Aside from that, Warner says the unit has also laid charges for theft, assault and arson so far during its tenure.

Moving forward, Warner says he doesn’t intend on changing much about the Community Response Unit.