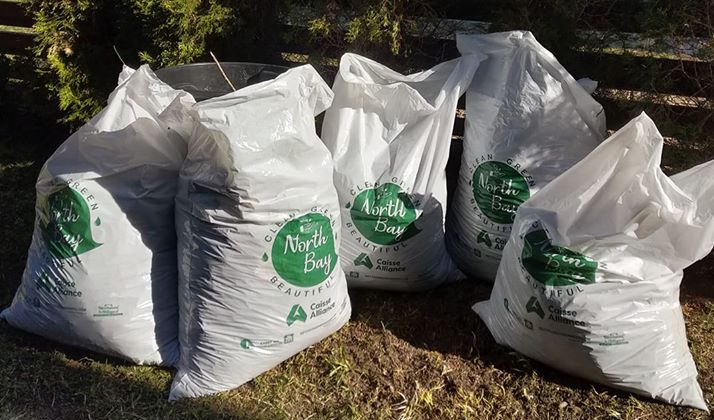 Not even two months into the spring season, Clean Green Beautiful North Bay (CGB) has had significant interest from volunteers.

Hariett Madigan, co-founder and chair of the beautification group, says interest from the community has been “phenomenal” so far.

“People have just come on board,” she said. “People are very excited. It almost brings me to tears when I think about it because they just want to do something to help.”

Six weeks into its third year, CGB has given out over 3,100 biodegradable bags, with volunteers cleaning up over 200 areas of the city. Last year, the group handed out over 7,000 litter bags during the spring and summer.

Madigan says there has been a lot of interest from high school students wanting to help in cleanups, with CGB able to sign off on community service hours.

“I’m really happy about that because they’re the ones who are going to have to deal with the results of what we’ve done to the environment,” she said.

CGB will be holding a community clean-up even next week from April 22 to 25. Madigan is inviting the community to order bags through CGB’s website, pick up litter in your neighbourhood and post a picture of it on the group’s Facebook page.

The goal, Madigan says, is “to get the community to be part of the solution rather than part of the problem.”

“Try to think your very best about the community. Not just the people you live with, work with and play with because this is our environment. This is our playground. We need to keep it pristine,” she concluded.