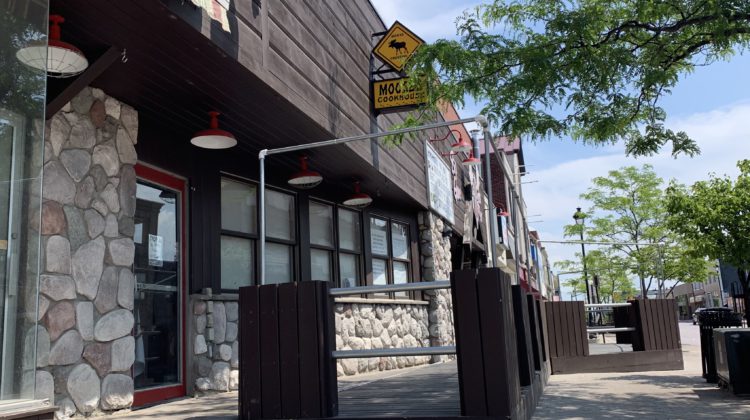 Local restaurants and businesses are welcoming an early start to Step One of the provincial reopening on Friday.

It means restaurant patios can open and non-essential businesses can open to 15 percent capacity.

Several restaurants have posted their excitement on social media.

Brody Freeland, operating partner at Moose’s Cookhouse, says they’ve been looking forward to this since March.

“The streetside patio, as well as our rooftop patio, will be open on Friday,” he says. “We opened the rooftop last July and it was very successful for us last year.”

Freeland says people in North Bay have really supported them during the lockdowns, but they’re ready for the reopening.

“Welcome sight to see things opening up, not only from a business standpoint but from a personal standpoint for everyone, to give people some sense of normalcy,” he says.

“I know this is the initial step and there are still some restrictions and some areas that people were hoping would open quicker, but certainly the first step will allow some business to try and start to get back to normal,” he says.

Chirico says many businesses have weathered this storm for the last 15 months.

“Some have done really well, but our hospitality and tourism sector has really suffered during this period, and even though it’s a little bit that they’re allowing to open again, it’ll keep those lights on and keep those employees employed,” he adds. “Certainly we can’t let our guard down and we still have to practice safe protocols, but businesses are ready to. Businesses have demonstrated that they can and they will. Let’s hope that this is the last ride of those closures,” Chirico adds.