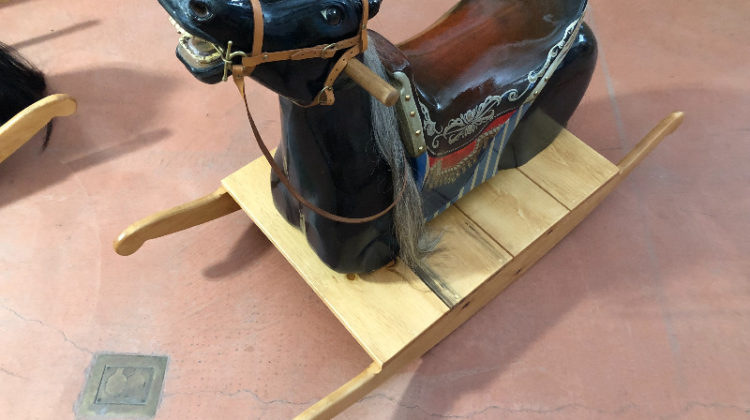 A successful fundraiser for the North Bay Heritage Railway and Carousel Company.

Four carousel horses that were carved around 2004, but were not needed, have been sold.

The hand-carved, hand-painted horses were mounted on solid wood rockers and offered up for sale for $800 each as a fundraiser.

Don Coutts, Treasurer and Manager of Odds and Ends, says the extra horses were from a proposed third carousel by the North Bay Museum that wasn’t built.

“It would’ve been like a carousel during the 1700s in England.  These were the tops of four horses that were built and unfortunately, the third carousel never got built,” he says.

Coutts says all four were sold rather quickly, within about an hour of appearing on Kijiji.

He says three local residents and one person with family connections to North Bay purchased the horses.

Proceeds are going towards the ongoing operational needs of the waterfront attractions.

“We were not open last year and we won’t be open this year,” he says.  “We did run a deficit last year but we’re ok.”

Coutts says the volunteers really miss the rides too.

“It was a place that they would go for a three and a half hour shift, meet people, work with people, see the families and children and the smiles on the kids riding the carousels and train, they miss that social time,” he says.

Coutts says they had ongoing maintenance last year and that continues with people looking after the tracks, the trains and the carousels.

He also says this would’ve been the 20th year of operations for the Heritage Carousel.