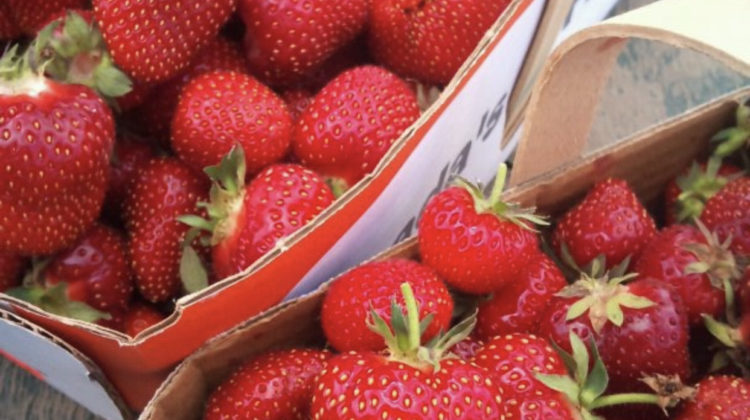 We are just days away from pick-your-own strawberry season.

Leisure Farms in Sturgeon Falls posted on Facebook  that they will have pick-your-own on Thursday from 9 am to 6 pm, then advises to check daily for the next availability.

”We have already started selling pre-picked berries, we’re open every day Monday to Saturday, 9 am to 6 pm and Sunday, 9 am to 5 pm,” says Mitch Deschatelets, Manager.

Haskap berries were the first fruit to come this spring.

In fact, he says the early spring and warmer weather resulted in their perennial crops, like haskap berries, strawberries and raspberries, being ready earlier than normal.

“A lot of perennials broke dormancy earlier than normal.  Even though we did get some colder weather later on, they were already growing so that made things come up very early,” Deschatelets says.

He says the raspberries are expected around July 10th, which has never been seen before.

As for vegetables, he says corn may be ready around July 20th.

Deschatelets is also the chair of the North Bay Farmers Market.

“Everybody is happy, it’s something to do, you can support local and every week now we’re starting to see a little bit more produce coming in as the season progresses,” he says.

The North Bay Farmers Market operates, rain or shine, on Saturdays and Wednesdays in the area of the North Bay Museum.