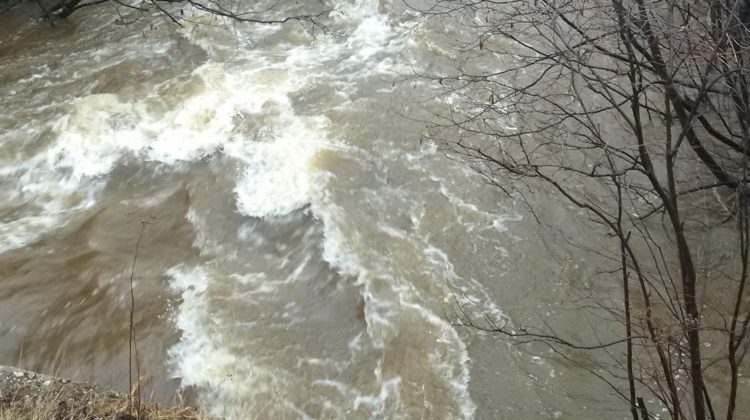 The level is just above where it began before Monday’s storm event.

Officials say the level peaked at 14.53 metres after the first wave of rainfall and descended after that.

In total, the creek rose 1.32 metres, mostly in one hour on Monday evening.

The average level for the creek at this time of year is 13.2 metres.

It rose 0.65 metres during the weather event while the Wasi River only rose 12 cm.

Officials say this shows how localized the storm intensity was, mostly centred around North Bay.

Both the flood warning for Chippewa Creek and the water safety statement will expire at 5 pm.