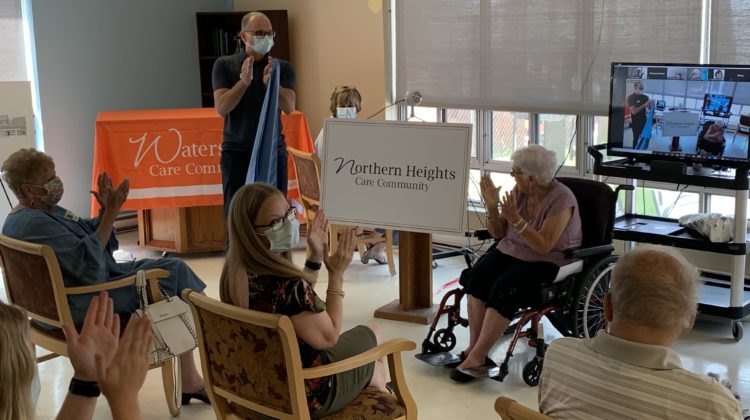 Denis Filiatrault, Executive Director of Waters Edge, and Elaine Lebold, chair of the resident's association, unveil the name of the new facility being built on Bloem Street. (Photo by MyNorthBayNow.com staff)

That will be the new name of Waters Edge when they move into their brand new building on the former St Joseph’s Hospital site, overlooking downtown.

Renee Everingham, a resident of Waters Edge Care Community, came up with the new name.

“When they asked for submissions it just kind of popped out like that,” she says with a snap of her fingers. “The Northern part is because we’re the hub of the north, we want to be heard here.  Heights is for the different stages of life, that’s how I saw it.”

Denis Filiatrault, Executive Director of Waters Edge, says they’re excited for both the name and the new facility.

“I do have to say the name really reflects our community, we’re proud that a resident has selected that, it makes it much more meaningful for us,” he says.

Filiatrault says construction on the new building, which was announced last month with Premier Doug Ford on hand, is expected to start later this year.

“We’re hoping to have the shovels in the ground by November and moving in in the fall of 2023.  Barring any unforeseen circumstances we’re really hoping that that move can occur,” Filiatrault says.

To honour Everingham coming up with the Northern Heights name, a plaque with her picture and a description of the new name will be displayed in the new facility. 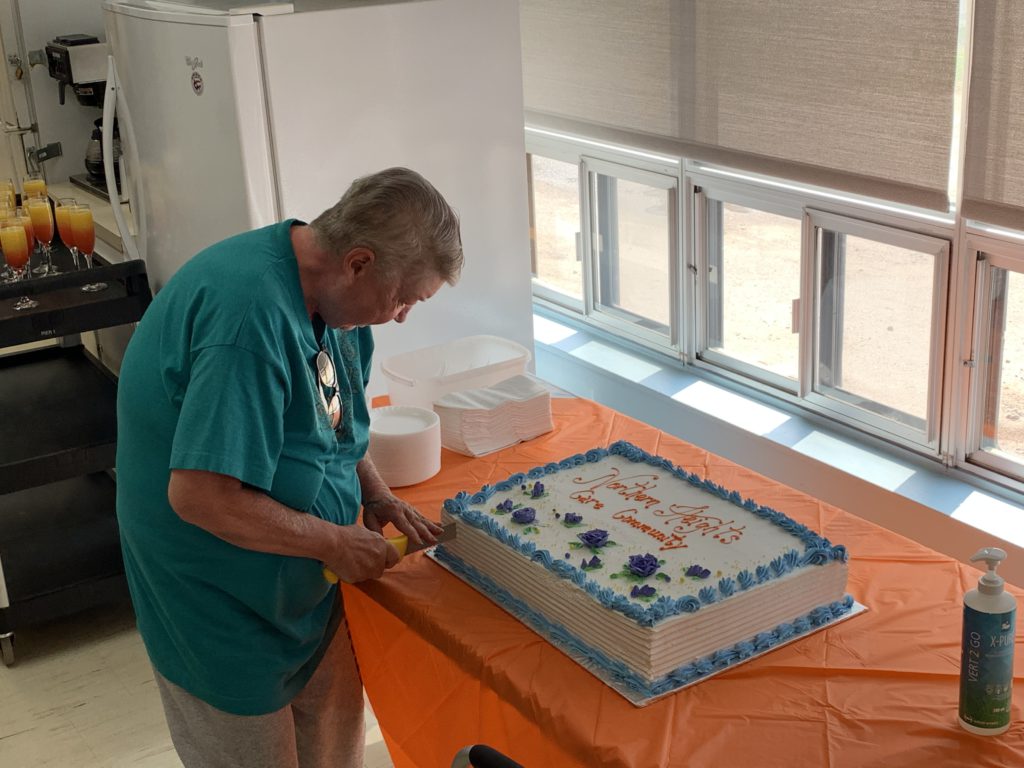 Renee Everingham, who came up with the new Northern Heights Care Community name, cuts a cake after officials unveiled the new name. (Photo by MyNorthBayNow.com staff)