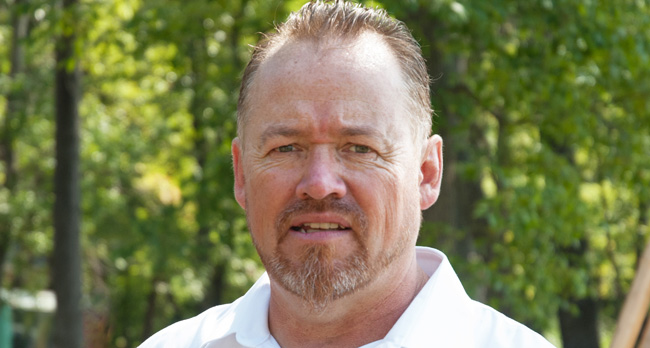 On September 30, our nation will hold its first National Day for Truth and Reconciliation.

The day came to life after the remains of over 200 dead Indigenous children were found in May.

According to the Canadian government, at least 150,000 First Nation, Metis, and Inuit children attended the residential schools.

The government says the day was created to give our country the opportunity to recognize and commemorate those people.

“For us and for every other First Nation in Canada. Because up until now, we didn’t have a lot of opportunities to tell our story and have people in this country really understand the true history of Canada,” said McLeod.

McLeod says the history which he was taught in school was not reflective of how things actually happened.

“When you are a victim of certain types of atrocities, such as residential schools, marginalization and racism; when you hear this candy-coated history it becomes very frustrating and at times infuriating,” he said.

McLeod says people go day to day thinking they’re living in the nicest country in the world, meanwhile, there’s a whole race of people that has suffered in this country.

In that sense, for him, the day is therapeutic. 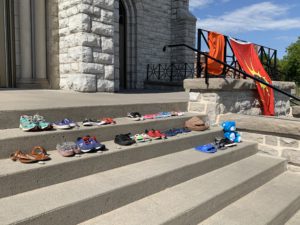 Earlier this summer, pairs of shoes could be seen on the steps of North Bay’s Pro Cathederal of the Assumption in North Bay. File Photo by Richard Coffin, MyNorthBayNow.com staff

“It’s justified. To have our stories told so we can reconcile. You can’t reconcile if the truth is not spoken about. That’s what the truth and reconciliation commission of Canada was designed to do; have that discussion and bring forth those facts of what actually happened,” McLeod said.

McLeod says his and other First Nation chiefs’ main priority is the well-being of their people.

“When we can start talking about truth and start that healing process and having people listen and understand, [it heals]. [As chiefs] our priorities are on the well-being of our people, so it’s a very important day for us to actually see that start to happen in our communities. The ones who have been suffering for so long can start to feel good about themselves and have the knowledge they’re being heard and listened to. There’s willingness from the non-Indigenous to have compassion and empathy towards what happened,” said the chief.

The day is part of the 94 calls to action in the Truth and Reconciliation Commission’s final report which was released over six years ago.

The report calls for changes to child welfare, education, the current state of aboriginal health care, justice and equity for Indigenous people in the legal system as well as apologies from the Catholic Church among others.

McLeod says what we’ve seen the Canadian government implement so far has been the low-hanging fruit of the many recommendations.

“We need to get into some of the more substantial and basic human rights ones, which may have heavy price tags to them, but are fundamental human rights,” said McLeod.

Top of the NFN chief’s list is clean drinking water for all First Nations across Canada.

McLeod says some First Nations have been on boil water advisories for over 25 years.

“When you look at Walkerton, you see what happens when a non-Indigenous community has problems with drinking water. The entire country stops and makes sure it’s fixed and never happens again. With [boil water advisories] going on now for over a quarter of a century, and not being anywhere near resolved, it would be very prudent for Calls to Action for basic needs be met immediately. If the city of North Bay had issues with drinking water tomorrow it would not take 25 years to have it fixed,” said McLeod.

McLeod believes the seed has been planted, however, and he says the children that were found have come back and helped shine a light on what happened, all while motivating non-Indigenous people to get active and hold governments accountable.

“We see September 30th, Orange Shirt Day, all these findings at residential schools, as really a bit of a light bringing attention to these issues, and to have action on them to resolve these long-standing issues [as well as] the systemic racism that is engulfed in all aspects of Canadian legislation and law. We do have hope that this is the beginning of change. It didn’t come without a cost, but our children have returned to speak up and bring attention to these issues,” said McLeod. 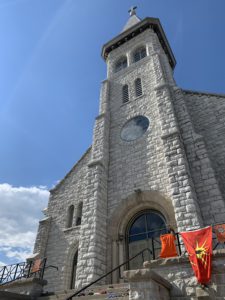 McLeod says the National Day for Truth and Reconciliation should be centred around historical events in all of our schools.

“To learn about the past. That’s the only way that reconciliation can begin. Educate our youth to make sure nothing like this ever happens again. Not only that but to also understand issues Indigenous people are currently faced with. Our social issues, addictions, child welfare and family structure. All these things have been impacted negatively by [residential schools]. Be able to understand what First Nations struggle with, have empathy to be able to work with us, not look down on us, for the issues that weren’t put on us by ourselves, but the government at the time,” finished McLeod.