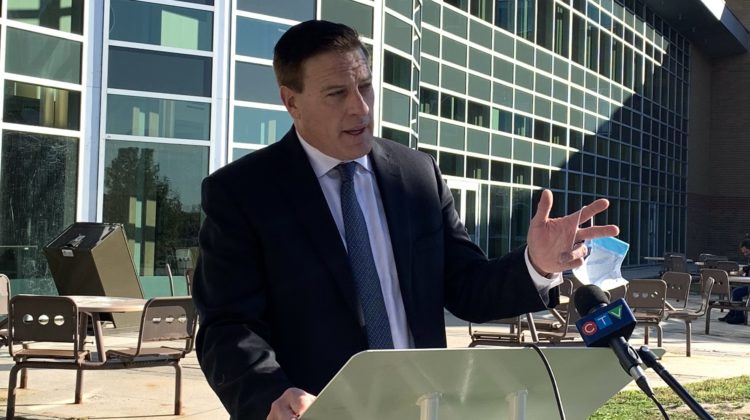 The president and CEO of the North Bay Regional Health Centre is hopeful employees considering non-compliance with their COVID-19 vaccination policy will change their minds.

This after Paul Heinrich says a ‘small number’ of employees have been terminated.

“Less than 10 as of (Thursday) across our organization have made this choice and I’m actually a little bit optimistic that a number of the other people that were considering non-compliance with the policy will change their mind,” says Heinrich.  “That would please me more than anything else because our workforce is our biggest asset.”

Heinrich says their policy, which follows the province’s medical directive six,  is that employees are required to be vaccinated or, if not, they must obtain a non-invasive weekly rapid antigen testing.

“They made the choice, it was a bad choice and it’s very unfortunate but when you make choices you have to live with the consequences,” he says.

Heinrich says their policy is less severe than 40 percent of the hospitals in Ontario and is in line with the majority, which allows for testing.

“The only reason people were terminated following progressive discipline was their failure to comply with policy.  That would be true for just about any policy that exists in the hospital,” he says.