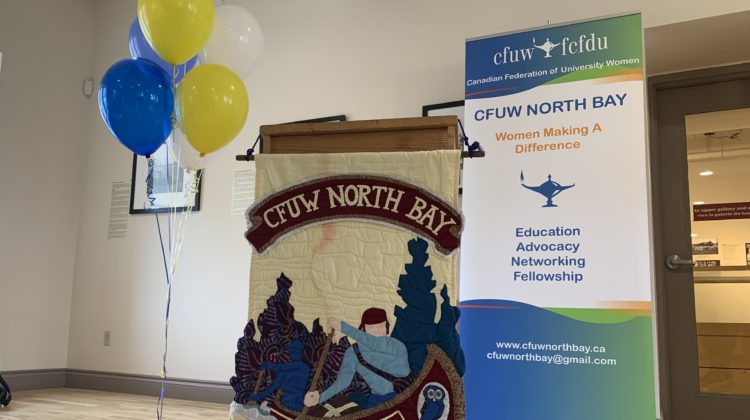 The Canadian Federation of University Women is celebrating its 80th anniversary in North Bay.

To mark the occasion, an exhibit is now open at the North Bay Museum detailing the group and its projects, initiatives and history since 1941.

Nat Brunette, co-president, says the club has made a difference in the community.

“[CFUW] advocates for ‘knowledge’, so we have for example our gift of reading [program]; ‘pursuit of education’ so that’s a lot through scholarships, just learning about other people and helping other people,” she says. “And also the ‘improvement of the status of women’ so we really want to make sure that we stand up for them.”

Brunette says the federation is open to all women, not just those with a university education.

Doris Toswell joined the club over 60 years ago.

She says they provided two $50 scholarships when she started and it helped buy books and other supplies.

Toswell says their main job was to promote education, but that’s not all.

“Really to get women involved in things.  We were only persons, I think it was in ‘58, up until then you couldn’t do anything and even then you had to get your husband to sign everything for you,” she says. “ You had no rights even though you might be working.  It was a different time 62 years ago.”

The exhibit is on display until December 3rd, 2021. 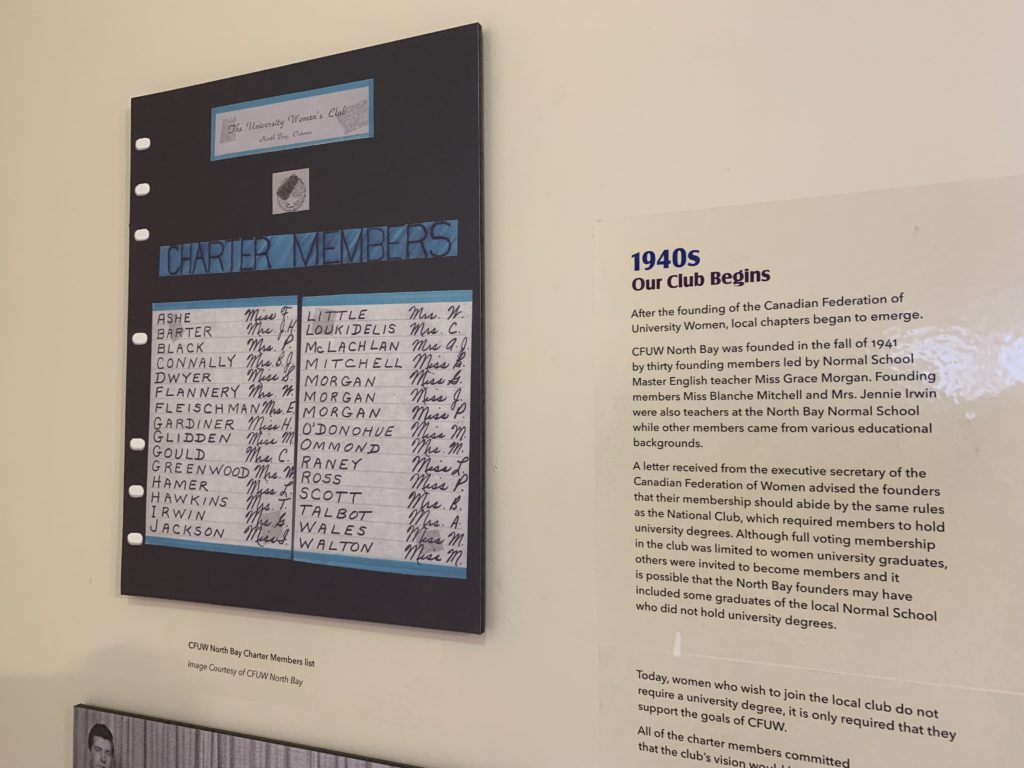 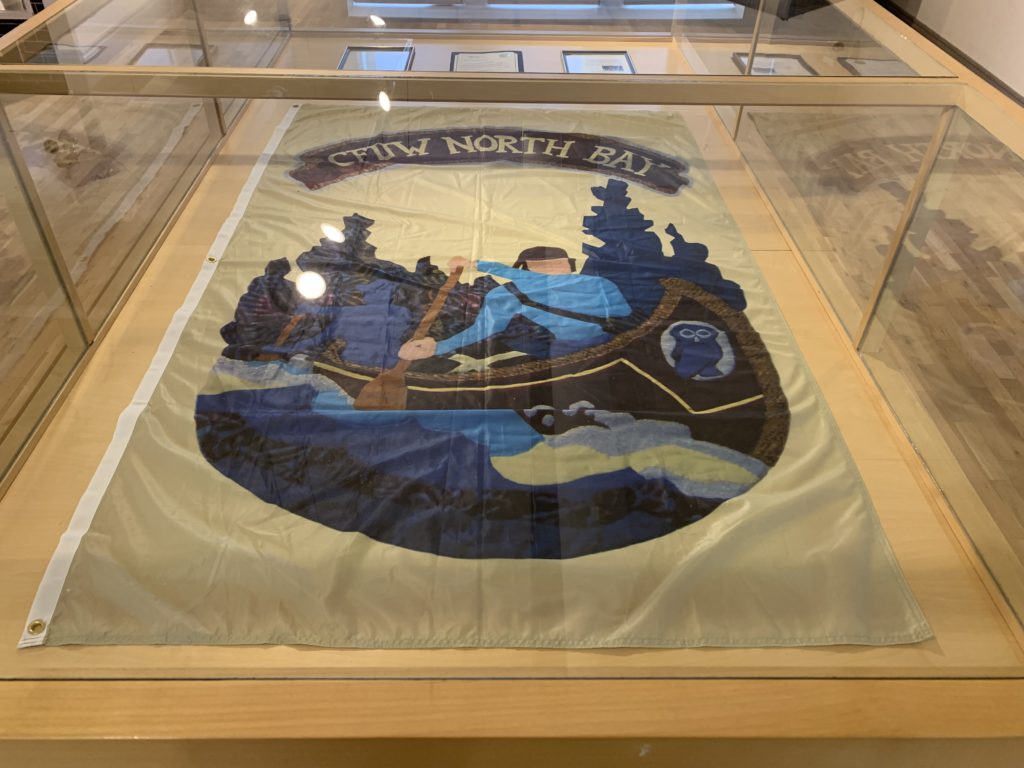