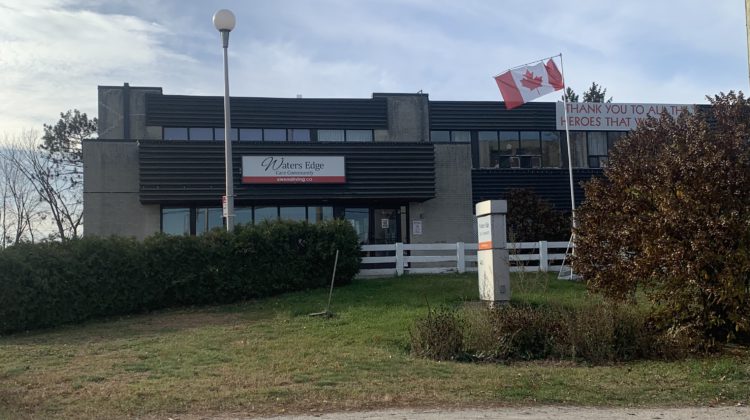 A group of residents at Waters Edge Care Community in North Bay have written a Remembrance Day poem.

Brown says one of the resident authors was inspired by the memories and feelings she had as a child when her dad returned home from war.

“She remembers being a small child and her father coming home and a big parade.  She ducked under the barrier and ran up to him and he lifted her up in his arms and that was a really great memory for her,” Brown says.

All of the residents who co-authored the poem have family that served and most recall stories of their parents serving in the war and returning home.

The poem includes a heart at the bottom, with Brown saying the residents want people to feel hopeful after reading the poem.

“They really wanted to convey their love and appreciation for the veterans and returning soldiers and what they did for their country,” she says.

The crowds are cheering as we welcome them home,

A joyful noise of Peace,

With lots of hugs and happiness

The fighting has finally ceased.

Children are smiling and jumping for joy

To see their parents come home

The feeling of love and togetherness

Means only peace will be known.