The North Bay Police Service is looking to identify a suspect in a convenience store robbery on the 500-block of Lakeshore Drive.

Just after 6 am on Thursday, November 4th it’s alleged a man brandished a weapon and demanded access to the store’s safe.

After being told a panic button had been activated and police were on their way, the suspect left the store on foot with several items.

The suspect was described as a male wearing a grey hoodie.

The investigation is ongoing.

Anyone with any information, including security camera or dash cam video in the area around the time of the incident is asked to contact police. 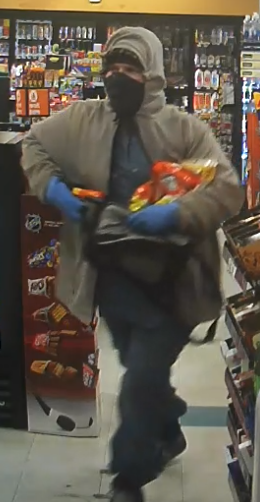