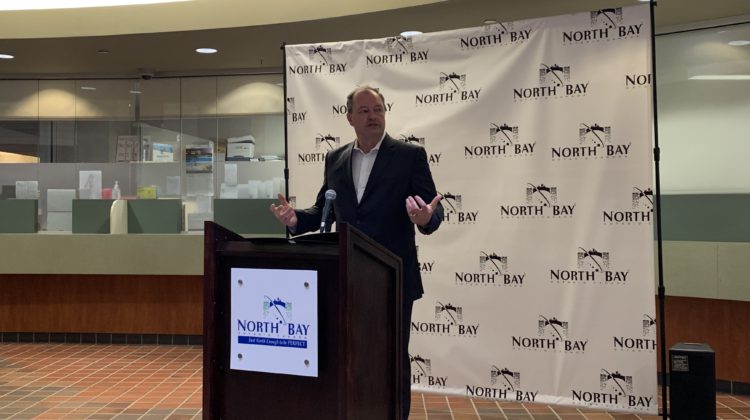 The City of North Bay has reached a new building record.

Construction values are over $105 million and the year isn’t over yet.

Mayor Al McDonald says the focus shouldn’t just be on the numbers.

“It’s the culture and the success that we’re having in creating the jobs and creating the growth, but more importantly, the confidence that people have to invest their money here in our community,” he says.  “We’re not taking our foot off the gas, we want to beat this record next year.”

“I’m not going to say it’s going to reduce taxes because our costs are always going up, but when you have more growth that absolutely helps when you do your budgets,” he says.

Residential construction has been the big driver this year.

“With a moratorium on residential development charges and the introduction of new economic development initiatives, the CIty of North Bay was well-positioned to benefit from the housing boom created by the pandemic,” McDonald says.

When it comes to affordable housing, he says they can work with the District of Nipissing Social Services Administration Board (DNSSAB).

“DNSSAB has been a great partner, so we want to encourage DNSSAB to build more affordable housing for those individuals that really need it,” McDonald says.  “What we can do is look for ways that may make it easier for the home builders to build smaller homes.”

The previous construction value record in 2006 was about $101 million.