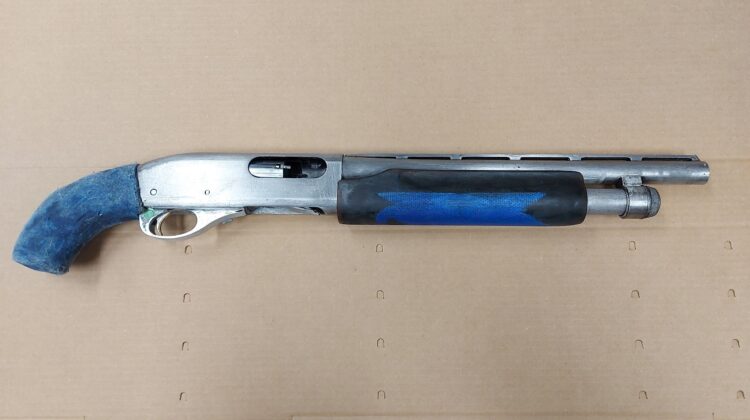 Three area residents are facing charges and police are looking for another person after a gun was used in a residential robbery.

The North Bay Police Service says they received reports that on Tuesday, May 10, two people went to a Main Street East residence with one demanding money from a victim, brandishing and pointing a firearm at the victim and threatening the person’s life.

Police say the victim and accused are known to each other.

They also report the sawed-off shotgun believed to have been used in the robbery is owned by another man and was hidden from police by another person.

Police continue to investigate and are looking to find a person who they say accompanied the suspect to the initial Main Street East residence.