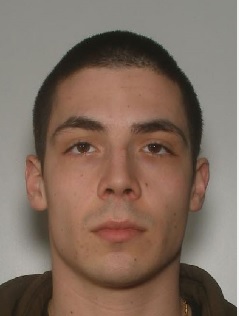 A Canada-Wide Warrant for the arrest of 26-year-old Ryan Abraham had been issued on a charge of second-degree murder before his capture in London on Saturday. Photo supplied

Some more details are emerging about the capture of Ryan Abraham in London, Ontario, in connection with a homicide in North Bay.

The North Bay Police Service issued a warning to the public Saturday Abraham should be considered armed and dangerous and alerted London Police they had information the wanted man was in the southwestern Ontario city.

NBPS arrested and charged Taylor Briscoe, 25, of North Bay with second-degree murder in the Kamerman homicide case and hours later, Abraham was apprehended in London, Ontario.

The warrant included information that Abraham had ties to London and he was arrested there Saturday on charges unrelated to the North Bay fatal shooting.

The London Free Press reports Abraham was detained after an altercation with a London taxi driver. Charges laid against Abraham for that incident include two counts of robbery, theft of a motor vehicle, forcible confinement, and uttering threats.

Police say Abraham approached a taxi before noon Saturday and when the suspicious driver asked him what was in the bags Abraham had placed in the trunk, he assaulted the driver.

Abraham stole a separate vehicle, which according to police, they located empty after he had fled on foot. Abraham was arrested around 2:00pm Saturday, approximately two hours after the incident involving the taxi driver.

North Bay Police officers travelled to London to continue the investigation. Abraham had already been charged with the second-degree murder of Kamerman in the Canada-Wide Warrant for his arrest.