King is not amused by PC party’s ‘undemocratic ways’ 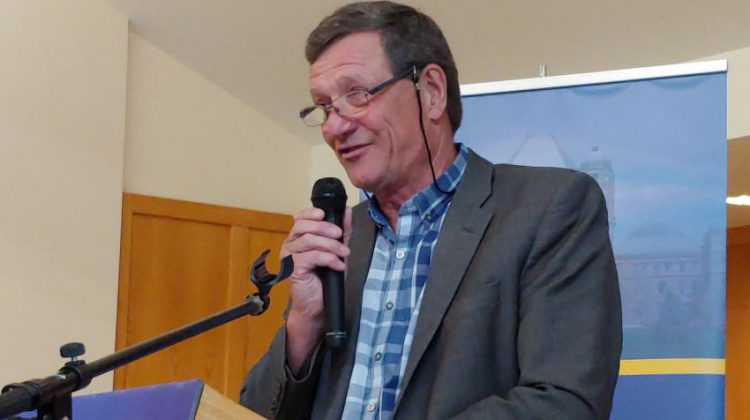 Mark King has not been welcomed with open arms by the Conservative Party since winning a nomination last month.

King, also a North Bay city councillor and chair of the local DSSAB board, says he has been ousted as the PC candidate for Nipissing – Timiskaming just weeks after receiving the most votes at a sanctioned riding nomination meeting.

“I received notice of this on Friday, June 28th at 4:00pm. And they gave me only 24 hours to appeal the ruling to the National Council, but I wasn’t sure at all what supposed egregious act I had committed. I subsequently submitted a response to this appeal and I was informed on July 3rd that the National Council had upheld the appeal. The membership feels incredibly betrayed by the very party they have supported for so many years,” said King.

The King campaign team says it appears that an appeal was launched at the local level to the National Conservative Selection Committee and it “overturned the democratically-chosen Mark King nomination win.”

King believes the party favours Jordy Carr, who is the niece of former Ontario Premier Mike Harris. “I am extremely disappointed that the Conservative Party cannot get its act together. I was vetted and approved by both our local riding association and the Conservative Party itself. I then won the membership vote by a healthy margin … and then silence from both local and national party officials.”

A press conference is scheduled for later this morning and MyNorthBayNow.com will have all the details.