MTO: Review of intersection could result in new traffic lights on Highway 17 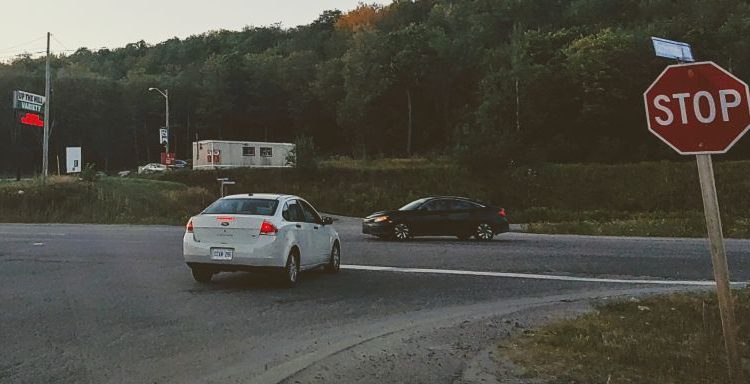 Updating a previous MyNorthBayNow.com story, the MTO is currently reviewing the intersection of Highway 17 and Couchie Industrial Road and will not rule out traffic lights as a potential solution.

Todd Dumoulin told his story of survival after the motorcycle he was riding was cut off by another vehicle at that intersection, leading to a serious collision and lengthy rehabilitation period from his injuries.

Six years later, Dumoulin agreed to share his story as a plea to the powers-that-be to make traffic changes to what he classifies as a “dangerous intersection,” after another motorcyclist was seriously injured at the same intersection. According to the OPP, in the recent collision, that driver, like Dumoulin, was also cut off by a westbound driver turning left from the highway onto Couchie Industrial Road.

The MTO’s Regional Issues and Media Advisor Kristin Franks said the ministry is planning “future improvements along this stretch of Highway 17.”

Comments from members of the public left below the initial Dumoulin article expressed concerns similar to his about the safety of the current set up.

Franks added, “Our review and design work includes all intersections and entrances on Highway 17 from Gormanville Road to Laronde Creek Bridge. We will consider all options as part of the review, including traffic signals if warranted.”

In the initial interview, Dumoulin said inattentive drivers and impatience are a major concern. Long lines of vehicles travelling closely together eastbound prevent left turns. Throw in the pitch in the highway and it’s a recipe for disaster when motorists cross the highway without absolute certainty nothing is coming from the opposite direction.

Dumoulin maintained there is too much going on at that intersection between turning lanes to access Couchie Industrial Road and motorists racing into oncoming traffic while trying to get up to 90km/h and faster from a dead stop.

He believes the answer is traffic lights and more speed signage and it will be up to the MTO’s studies to see if the experts agree.