Have your say on climate change at City Hall tonight 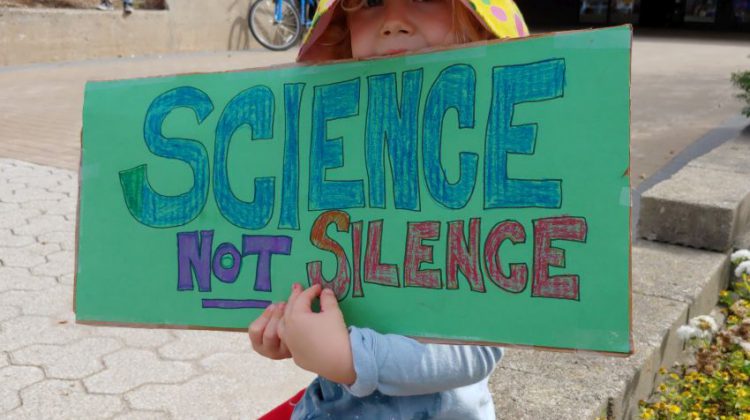 This young participant of the Climate Action March let her sign do the talking.(Stu Campaigne, MyNorthBayNow.com staff)

The City of North Bay is opening the doors at City Hall for a discussion on climate change.

In recent weeks, the city has been host to a Climate Action March, and one week later, a local chapter of the Global Climate Strike. Both of these events were attended by hundreds and organizers and participants alike said the demonstrations were a response to lack of action on climate change.

Tonight, the City of North Bay is inviting residents to share thoughts and ideas about how the community can do more to reduce its carbon footprint and address climate change.

A Climate and Energy Conservation Open House is planned from 6:00pm until 8:00pm in the lobby at City Hall where all members of the community are encouraged to provide input and learn more about what the City is doing to help reduce emissions and protect the environment.

The Open House will include displays featuring information about the City of North Bay’s Energy Conservation Demand Management & Sustainability Plan and other programs and initiatives, including key stats and data, achievements to date and targets. Staff from various departments will be on hand to answer questions and hear thoughts and comments from residents about areas of importance.

“I encourage everyone to come out to learn more about what the City is doing and to share their thoughts about how we can better plan for climate change, help protect the environment and promote sustainability,” said Coun. Chris Mayne, Chair of Infrastructure and Operations.

The City of North Bay is committed to incorporating conservation and sustainability into departmental planning and budgeting and identifying energy conservation opportunities throughout the corporation to reduce the City carbon footprint on the environment.

Between 2013 and 2017, the City reduced its greenhouse gas footprint from the consumption of fossil fuels by 13.7 per cent, while adding and expanding assets to the organization. And, it’s targeted to reduce its greenhouse gas emissions by an additional three per cent per year over the next five years.

City officials say the feedback from the Open House event will be reviewed and brought forward for integration into the City’s planning and operations as appropriate.