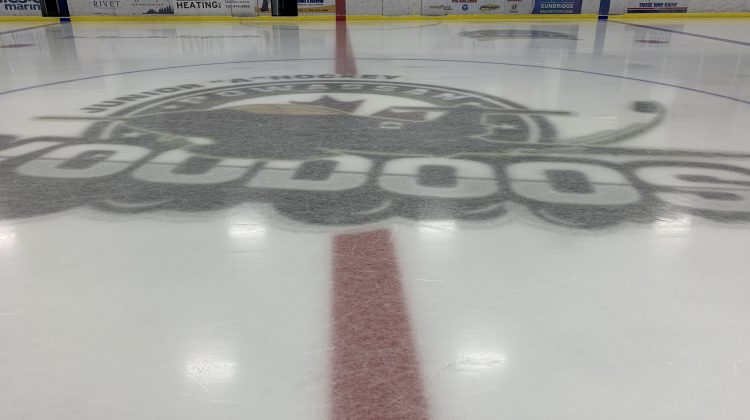 After a 10 day break over the holidays, the Powassan Voodoos are soaring out of the break.

Powassan started the second half with a 3-2 win over the French River Rapids, before a barnburner at the Sportsplex with an 11-6 score over the Kirkland Lake Gold Miners.

With a 14-5 victory over the Elliot Lake Wildcats just before the break, the offence is alive and well for the Voodoos.

“Going into the break, it can always be a tough one,” head coach Max Gavin said. “As much as you want to try and stay focused, it can be a bit of a distraction as guys are looking towards the break but we got the win. Going into the second half we finished the right way and since we came back we have gotten back into the swing of things.”

“Offensively, we have obviously had success,” Gavin continued. “We’re getting away from ourselves defensively and taking too many penalties which can lead to opportunities for the other team. We have gone through some more video and tried to tighten things up. There are still 20 games left and I think we are in a good spot and excited to see how we build moving forward.”

With the game against KL, 11 goals is something to be happy about, but in a normal game, six goals against would normally lead to a loss for the team.

“It’s one of those things where some nights are better than others, but fortunately our offence came through when we needed it,” Gavin stated. “Anyone in hockey will tell you they don’t want to give up that many goals. Sheldon Keefe (Toronto Maple Leafs head coach) said ‘I would rather have issues with keeping the puck out than trying to score goals.’”

“It’s always great to bring back a familiar face and we have done that a couple of times this year,” Gavin explained. “It’s easier for us because there is less of a transition period and he’s a familiar face. He’s going to be a huge asset with him and Owen Say in net the rest of the year.”

Luke Greenwood, the previous back up to Say, is the odd man out in the Voodoos crease, but Gavin thanks him for his time with the team.

“As a rookie goaltender, I thought Luke was doing a good job,” Gavin said. “I thought he was pushing for ice time and competing, but sometimes players want certain things and I don’t think our ideas lined up correctly. It’s unfortunate to lose him, but at the same time the kids have to do what’s best for them and we’re just here to give them a chance to showcase themselves”

Saturday at the Sportsplex in Powassan will see the NOJHL’s top two teams battle as Powassan welcomes the Timmins Rock, but to Gavin, it’s just another game.

“I think the boys are going to be fired up,” Gavin said. “It will be a great game with great competition and two great teams. But it’s also January and there are 20 games left. I think it will be a good measuring stick to see where things are at and take it one game at a time, you don’t win a championship in January.”