West Ferris industrial park: Growth ‘but not at all costs’ 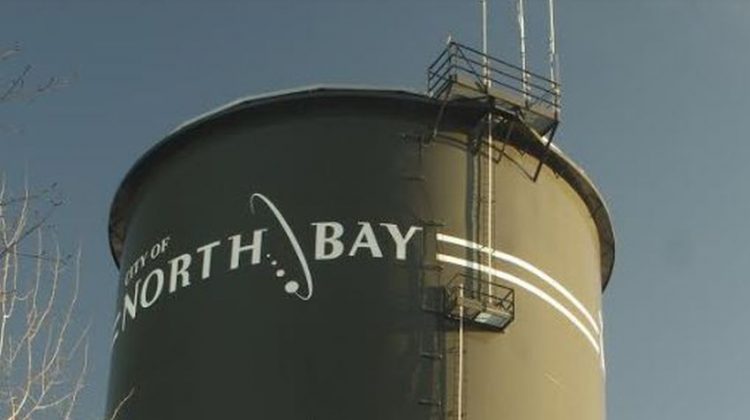 A new industrial park could soon be built not far from the revamped water tower in West Ferris. (Rocco Frangione, MyNorthBayNow.com staff)

A proposed industrial park has cleared another hurdle after North Bay City Council voted to rezone property at the south end of the city.

The development has been a source of contention for neighbours of the 47-acre property owned by 1670432 Ontario Ltd and Mark and Tammy Truchon. The land is abutted by Birchs Road and Legault Street and is within a few hundred metres of private residences with Lakeshore Drive addresses.

Two of those residents, Gerry Supak and Joelle Gibson, again stated their disapproval of the development. Supak told council members he is fearful of damage to his property due to blasting and implored the council to “put the project on hold and do the studies first.”

The shaded area shows the 47-acre property, much of which has been rezoned for industrial uses. (City of North Bay)

Deputy Mayor Tanya Vrebosch said prior to the vote at Tuesday’s regular meeting of council concessions and guarantees made in writing by the proponents should ease the concerns of neighbours about the project.

At a public meeting pertaining to the rezoning application and, later, a committee meeting on the subject, neighbours voiced environmental concerns, worries about noise levels, and objections to blasting.

Also to be rectified by the current owner is a snow dumping business referred to as “illegal,” in the supplemental report, and operating in defiance of by-laws on the subject property.

Councillor Mark King was the lone dissenting vote. “There’s no question in my mind over a period of time this will be a sore point in the neighbourhood.”

King added, “You have to give past staff and also city councillors from years ago when they established these official plans and zoning, they did it for a reason. It was to provide a dividing line between residential and industrial.”

Vrebosch acknowledges the growth mandate of this council naturally leads to “wanting to see business moving forward but it’s not at all costs…What the staff report did was provide some relief to make sure it was the right thing to do.”

Vrebosch pointed out the land could have been developed for other purposes without the rezoning and the neighbours would have received none of the mitigation.

King doubts the decision to rezone will sit well with the neighbours, regardless of what they’ve been promised by the proponents. King said residents complained of the loud sounds of banging tailgates on the subject property as they left their homes to attend the meeting.