Stuck in morning traffic on Highway 11? This is why 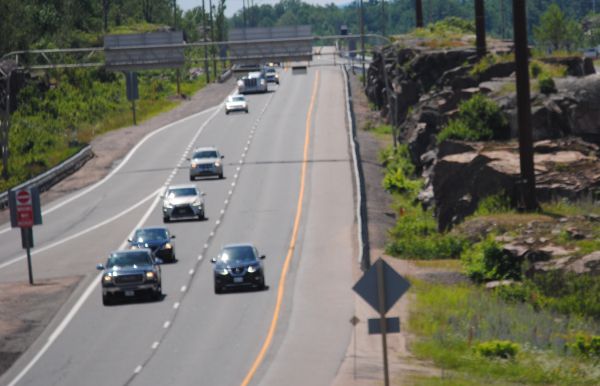 The northbound lanes of Highway 11 south of North Bay are expected to be busier until the end of May with construction crews at work. Photo by Stu Campaigne, Moose FM

Commuters who travel Highway 11 northbound to North Bay may have noticed an increase in congestion of traffic, especially during the already busy morning drive.

Communications Services Coordinator for the Northeastern Region of the MTO Carole Paiement says crews are working to complete paving on the northbound lanes on Highway 11, from the Lakeshore Drive on-ramp to the Highway 11/17 interchange.

Paiement says the project is a carry-over from last year. The work resumed on May 14 and is expected to be completed on May 31.

Due to the heavy traffic volumes going through the construction work area some traffic delays can be expected during the morning and afternoon rush hours.

Although the traffic delays are short in duration, the suggested alternate route is to take Lakeshore Drive and Pinewood Park Drive.