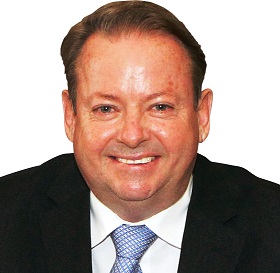 The chair of the Near North District School Board says Glen Hodgson, the president of the District 4 OSSTF, is being irresponsible when he states that half of the board’s high school teachers face layoffs.

Jay Aspin says the 121 redundancy notices the board gave the teachers’ union is part of an annual process it goes through under terms of the collective agreement.

Aspin says the notices have to go out by April 15th.

Aspin says the surplus notices start to get cancelled once the provincial government announces the Grants for Student Needs or GSNs to school boards across Ontario.

“The GSNs are our funding for the year and from there the administration determines the budget and funding allocation,” Aspin said.

Aspin says the surplus notices gives the administration the flexibility it needs to move people around if needed.

When asked why the number of surplus notices was much higher this time than in past years, Aspin said 2019 is an anomaly.

Aspin says the administration was being extremely conservative with the numbers because it didn’t want any surprises when the GSNs are announced.

“So they over-estimated the redundancy notices,” he said.

Aspin says depending on the amounts contained in the GSNs, he’s “willing to predict that most if not all teachers will be back”.

The board chair says he feels confident making that claim because the Ford government and Nipissing MPP Vic Fedeli have made a commitment that no teacher will lose his or her job.

However, Aspin points out the issue of declining enrolment in schools is a factor that cannot be ignored.

He says the Near North board has followed the path of other boards across the province where student population numbers have dropped.

Aspin says during 15 years of Liberal government rule in Ontario, the province saw a drop of 103,000 students but over the same time frame, school boards added 12,000 teachers to the system.

Aspin says the math doesn’t work and the system has more teachers than it needs and it’s the taxpayers who are “paying the tab”.

Reacting to Hodgson’s claim that half the high school teachers will be cut, Aspin said it won’t happen.

“It’s a complete fallacy,” he said.

“One-hundred-and-twenty-one redundancy notices out of 240 teachers is half our staff.  We wouldn’t be able to function or create education programs for the kids with half the staff gone.”

Aspin isn’t pleased by the union leader’s comments calling them radical and irrational given that the board can’t operate with only half of its high school teachers.

“Unfortunately he’s left a lot of unnecessary anxiety in our dedicated teachers and their families,” Aspin said.

Aspin says if he’s right that the GSNs will negate the surplus notices, he believes Hodgson should send letters to his members apologizing for the anxiety he created.

As for when the GSNs will come out, Aspin says traditionally they are announced one or two weeks after the April 15th notices go out.

But he says because the Ford government has been dealing with massive issues since taking office, the announcements are not expected until about mid-May.

Ford says school will not be back May 4; more resources coming for senior’s homes

Ford says school will not be back May 4; more resources coming for senior’s homes