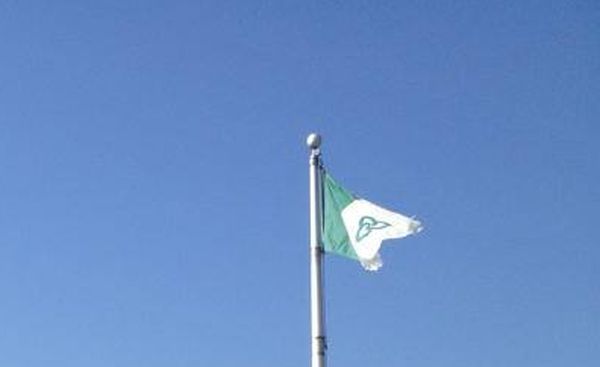 On September 25 Francophones across Ontario will be celebrating Franco-Ontarian Day.

North Bay is no exception, as Les Compagnons des francs loisirs (Les Compagnons) and the city of North Bay have joined forces once again to organize a celebration underlining the day.

The flag-raising event will be held tomorrow at 8:45 am and will be live-streamed from Léger Square at City Hall.

Anne Brûlé, Project Manager at Les Compagnons, says the flag raising at City Hall is an important tradition that they wanted to keep going despite the restrictions imposed by COVID-19.

“It’s an occasion to celebrate. It’s an occasion that marks an important anniversary; the birth of our identity with the flag. It also marks the evolution of the flag and how it became our official symbol” she said.

Mayor Al McDonald says that the City raises many flags throughout the year, seeing anywhere from 3 to 50 people.

“But when we normally do the Franco-Ontarian flag raising, over 1500 show up. It speaks to the pride they have in their language, culture and flag. The schools would bring students out, and folks across the city would come and celebrate. The francophones are passionate about their culture, their food, their art, and songs, and they have a vibrancy. We enjoy great friendship with both the community and Les Compagnons as well as our French school boards.” he said.

Brûlé says that Les Compagnons started in 1963 in North Bay. At the time, French secondary schools were just coming into existence.

“But there was no infrastructure in place for other gatherings other than church. There was a need for a place for Franco-Ontarians to meet. That’s why we’re here today. At the time, a large number of soldiers at the base here in town were French people from Quebec. They brought that tradition of the winter carnival and other traditions that we continued to keep alive in the city,” she said.

Over the years, Les Compagnons created French hockey, curling and baseball leagues in the City. According to Brûlé, it was also important for them to keep the French traditions alive; winter carnivals, St-Jean-Baptiste Day, Saint Catherine’s Day as well as all the traditions that come with those celebrations.

“We also created French child care centres in the 80s. There wasn’t one in North Bay and the community had that need. Over the years the activities have changed. The events we host have evolved… but those important traditions we keep alive. We want to adapt and keep pertinent things to our community alive.”

“That’s always going up as well with the new arrivals from various countries into our city. Many of them are French-speaking. So we’ve been developing partnerships with the multi-cultural centre to include them in our community and our traditions.”

According to the Office of the Commissioner of Official Languages of Canada, over 550,000 people in Ontario list French as their first official language, and 20% of all Franco-Ontarians call Northeastern Ontario home.